With smartphones becoming a part of our daily lives as the most popular means of consuming content, webtoons (a portmanteau of the words “web” and “cartoon”, webcomics) have gained huge popularity, especially in Korea. You can read them on your phone by scrolling down with your thumb, and it only takes a few minutes to finish an episode. The Asian country best known for print comics and animations is Japan, but, in terms of “webtoons”, it would be no exaggeration to say that Korea leads. Aside from web portals, such as Naver and Daum, which provide webtoon services, there are now dozens of platforms dedicated to webtoons, including Lezhin Comics, Toptoon, and Zzamtoon. And the popularity of webtoons is far-reaching: many of them have been adapted into television dramas, films and plays. Webtoons have become true “one-model, multi-use” content.

Popular television drama series, such as Misaeng (An Incomplete Life), Cheese in the Trap, Lucky Romance, and My Lawyer, Mr. Jo, were all based on webtoons of the same titles. Not only that, but films such as Inside Men, based on the webtoon created by Yoon Tae-ho who also wrote Misaeng, and Secretly, Greatly, based on the webtoon by Choi Jong-hun, became box office hits, drawing over seven million viewers each. Along with the Gods, based on Ju Ho-min’s webtoon, began shooting not long ago, and the adaptation of D.P Dog Days by Kim Bo-tong was recently announced by the producers. Cheese in the Trap by Soonkki, which was adapted into a television drama series by tvN in 2016, is scheduled to be remade as a film. The History of a Dork (Jjijil-eui yeoksa), co-written by Kim Poong and Shim Yun-su, has been adapted into a musical which will premiere in June. 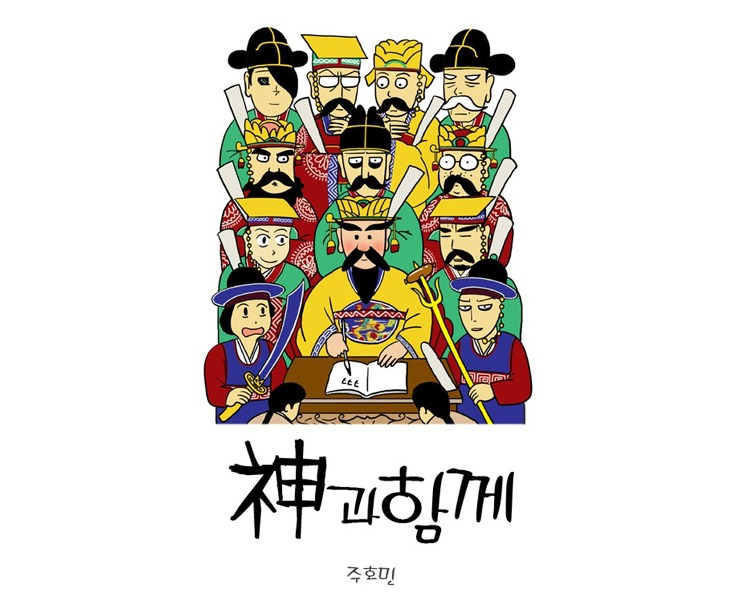 Then, what kind of webtoons rise to popularity, and what kind of webtoons are adapted into other media formats? The former tend to be about everyday life and people with superpowers. Aside from the slice-of-life webtoons, such as Narm’s Life and Acoustic Life, food webtoons like Omurice Jam Jam and Turn It Around! Nonsense Cooking have enjoyed widespread popularity, rivaling that of the so-called “meokbang”, or food (eating) shows. Webtoons featuring characters with superpowers, such as Trace, Noblesse and Tower of God, have attracted scores of young readers too.

But webtoons that were adapted into other media tend to be about stories that are more relatable. The webtoon-themed commemorative stamps released by Korea Post on February 10 provide a glimpse into what those webtoons are. The stamps released in this round contained images from Kang Full’s I Love You, Ju Ho-min’s Along with the Gods, Yoon Tae-ho’s Misaeng, and Cho Seok’s The Sound of Your Heart. I Love You was a love story of an elderly woman who collects and sells discarded papers for a living and an elderly man who delivers milk. Along with the Gods featured Korean grim reapers and offered modern reinterpretations of Korean mythology. Misaeng became a sensation for its depiction of the realities of Korean office workers, while the hit The Sound of Your Heart had humorous stories about the author’s family. All of these webtoons have been turned into dramas and/or movies. 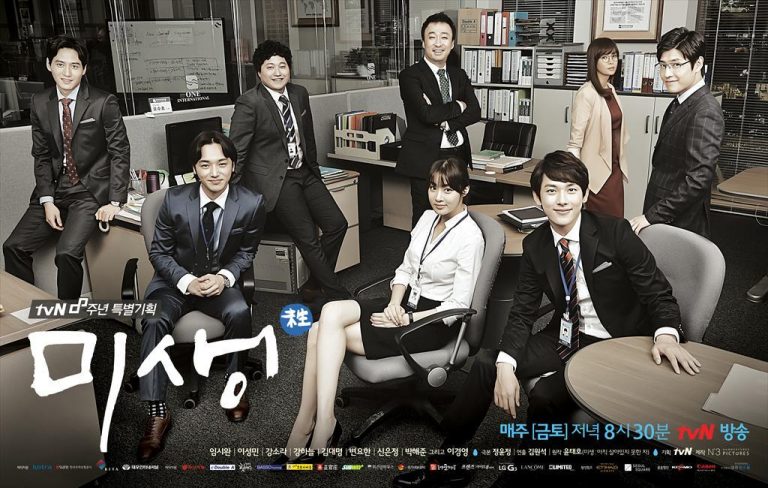 The success of Misaeng revealed the real value of webtoons: derivative works. / tvN

The webtoon market is currently concentrating on expandability and the potential to create added value. KT Economic Management Research Institute expects the total market size of the industry to increase from 420 billion won in 2015 to 880 billion won in 2018. The report emphasized that the true value of webtoons was in secondary use. For instance, when Misaeng, which received over a million views a day and 500,000 regular readers, was turned into a successful television drama, it led to higher sales in books, character office supplies, and drinks, as well as an increase in the number of subscriptions at baduk schools and equipment sales.

However, not all popular webtoons succeed in other media. Every single one of Kang Full’s webtoons was a huge hit, and most of them were adapted into plays, films and even animations, but their adaptations were commercial failures. There was a lot of hype surrounding Kian84’s webtoon Fashion King, which received over 500 million cumulative views. A film adaptation was announced, starring popular Korean actor Joo Won, but the film failed to attract viewers. 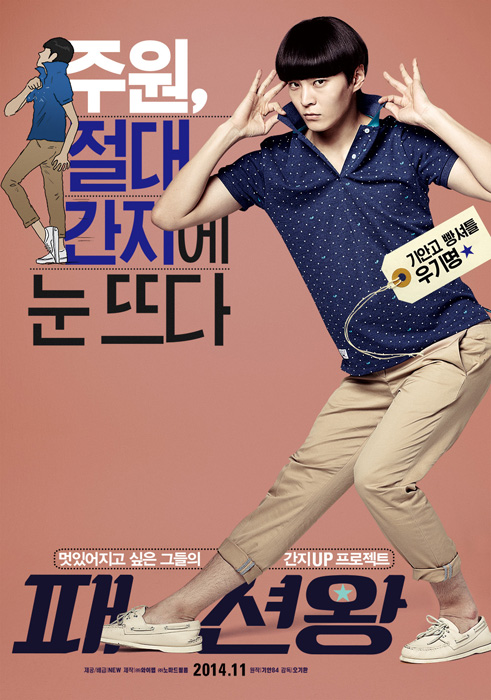 The film Fashion King was adapted from the webtoon Fashion King. Popular Korean actor Joo Won starred as Woo Ki-myung, the main character, but the film was a commercial disappointment. / NEW

So, why do certain webtoons succeed in other media while others flop? There are many explanations, but a common one is that they are “too faithful to the original”. In other words, they are “too cartoonish”. For OCN’s Dr. Frost, actor Song Chang-eui bleached his hair white to match the hair color of his character in the webtoon, but it only ended up detracting from the show, rather than adding to it. SBS’s Scholar Who Walks the Night and KBS’s Orange Marmalade both featured vampires, but the cartoonish plotlines failed to win viewers over.

A complete recreation of the original work, only maintaining the characters and the general setting, is sure to incur the wrath of the avid fans of the original webtoon, yet a faithful adaptation might turn would-be fans away. This is the conundrum the creators of adaptations are faced with. They can breathe a sigh of relief if their agonizing efforts can satisfy at least one group of fans, but it’s not an easy feat. Inside Men and Cheese in the Trap are two illustrative examples. 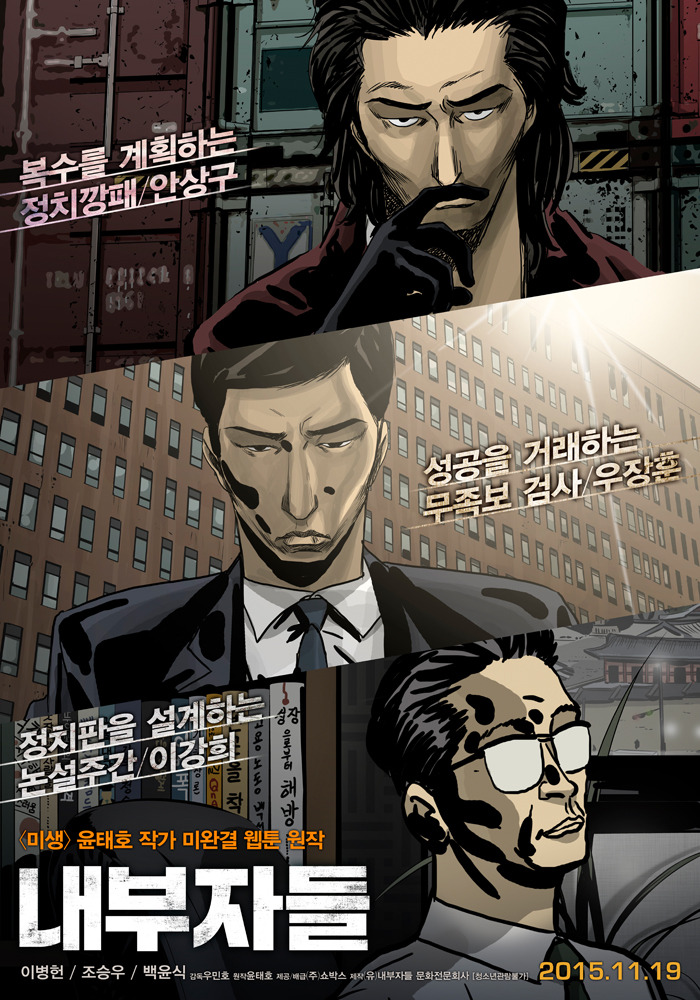 The character Lee Sang-eop, a reporter in the webtoon Inside Men, became Woo Jang-hun, a prosecutor, in the film. / Showbox 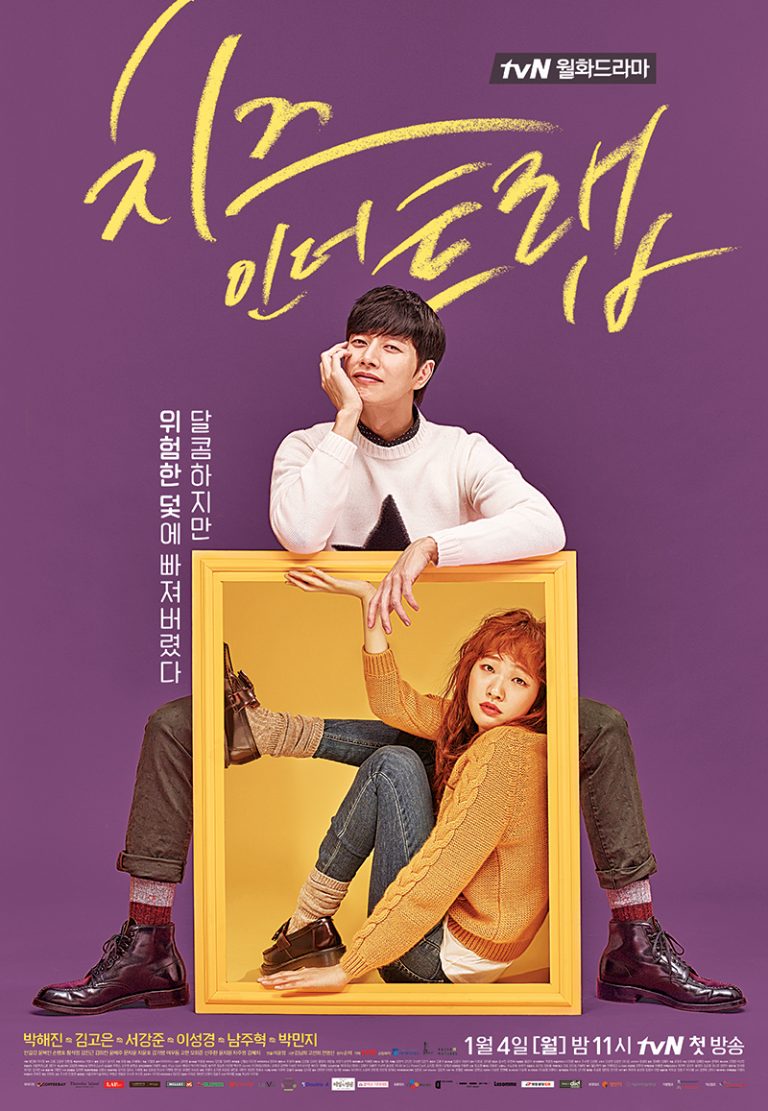 Cheese in the Trap enjoyed high viewership, but there were conflicts between the original author and the drama staff during production and broadcasting. / tvN

Woo Min-ho, who directed the film Inside Men, struggled in adapting Yoon Tae-ho’s unfinished webtoon of the same title. Yoon’s webtoon was a rather dark drama about unveiling fraud and corruption in Korean society, but the film was reborn as a rather upbeat crime thriller. In this process, the character of Lee Sang-eop, a reporter in the webtoon, was transformed into Woo Jang-hoon, a prosecutor, in the film. Yoon praised the film adaptation of his work, saying, “Director Woo Min-ho’s creative personality and style turned the webtoon into a faster-paced and more stylish crime thriller.” On the other hand, the TV drama adaptation of Cheese in the Trap was embroiled in controversy. In the casting stage, the series garnered a lot of anticipation when Park Hae-jin was chosen for the lead role, just as the fans of the webtoon had hoped. However, each episode came under fire for deviating from the original webtoon, and conflict between the webtoon artist and the drama staff added fuel to the fire. Soonkki, the author of the webtoon, criticized the drama and the dramatization process on her blog: “I wanted the drama series to have an entirely different feel from the original, but it has been hailed as ‘true to the original’ in the media. None of the staff involved in the production contacted me during the process. I also asked for a different ending for the drama series, but the story and even the specific scenes were nearly identical.” 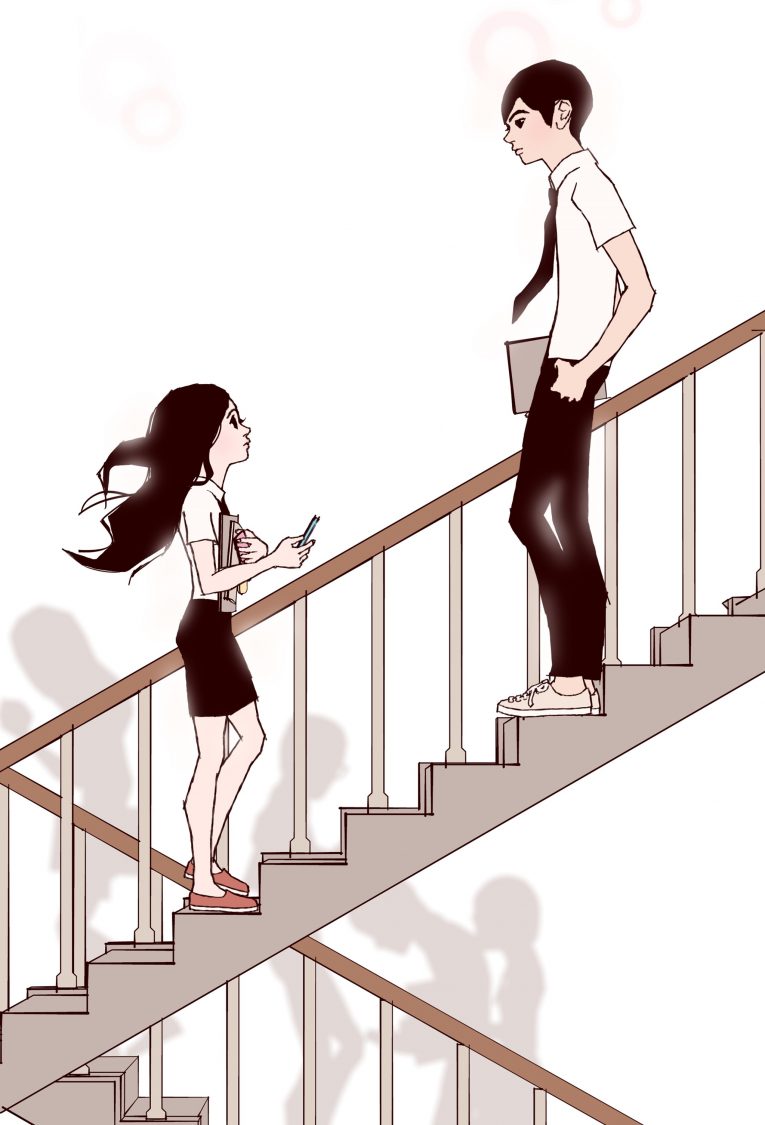 With the webtoon market growing ever larger, artists who had been popular in the print comic market have also begun to enter the webtoon industry. Chon Kye Young, who rose to stardom with the comic book series Unplugged Boy and Audition in 1997, has gained even more fame with the webtoons Dress Code and Love Alarm. Earlier this year, Netflix announced that its first South Korean original series would be Love Alarm, based on Chon’s serialized webtoon of the same title on Daum. A love story set in a fictional Korean society where everyone uses a smartphone application that alerts people when someone is romantically interested in them, Love Alarm will be released in over 190 countries in 2018.

The power of webtoons is growing day by day. The world inside these comic strips is expanding into the real world. As a result, the role of the creators of derivative works has become much more important. As fans of the original works and as creators of new content, they must strive to find a balance between staying true to the original and ensuring the success of the adaptation. Only through this challenging process will the next Misaeng come to life.

More at the dissolve