I live to listen to Yoo Jae-ha’s songs just now.

Why is a 20-year-old, born in 1998, listening to an album that was released in 1987? Well, I don’t know. I guess it brings peace of mind and arouses emotions from my dry heart? Here I am, struggling to stay afloat as another face in the crowd, and Yoo Jae-ha’s songs are the oases I’ve needed.

When we talk about artists who have marked new eras in the history of Korean popular music, people usually mention: kawang (king of singers) Cho Yong-pil; the legendary band Deulgukhwa; and Seo Taiji and Boys, who changed the paradigm of Korean pop. And there is one other musician in their league, with his own particular color of music, even if he only released one album:

… The wandering minstrel of Korean pop

The titles attached to the name Yoo Jae-ha are impressive. As music critic Lim Jin-mo once said, “Korean popular music has been under the influence of Lee Young-hoon and Yoo Jae-ha since the 1990s.” Yoo’s songs remain the goal for singers today. I’m only now realizing the charms of his music, and all I have to remember him by is a live performance on KBS’s March of the Youth, which I watch on repeat.

Curious, I dug a little deeper

Originally a composition major at Hanyang University, Yoo’s first steps into the world of pop music were as a composer. Using his ability to play various musical instruments, he pioneered his own genre of ‘major key ballads’, a merger of classical music and jazz.

He was known as a really quiet person. But he knew what he wanted to do with his music and made sure to make that clear. 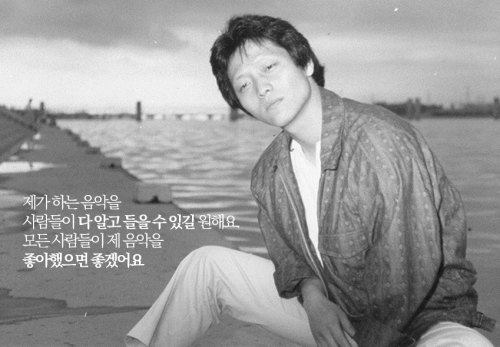 Love such ambition; Jae-ha is amazing!

And he was completely different on stage. As ‘Singer Yoo Jae-ha’, he loved hearing the screams of his fans, and the chants of “Oppa!” from the ladies. Had I been able to see him in this life, I would have made my own banner, followed him every day, and screamed until his ears hurt. But I can’t…

What surprises me every time I listen

There is both a thrill and a sadness to his voice. And, beyond that, his lyrics are both lyrical and philosophical. I’m a Korean literature major, and they make me want to pen a senior thesis.

The first time I felt your gaze was it a misunderstanding on my part?

With your dazzling smile, you made me a fool
The day you left me, the countless rose-colored memories faded blue
Yesterday, I hated myself for being unable to forget you

But today I realize that I was only yours

— Because I love you, by Yoo Jae-ha

The expressiveness of his lyrics, that could even be classified as poetry, are one of the ‘charms’ of his song. They provide solid support for the emotions of his voice, come together with the music, and make you fall all the harder.

What drove him to compose his many songs was nothing other than love. Most of the songs in his only album, Because I Love You, are based on his own love story. The woman he sings of was a violinist on the album, and they apparently dated for four years after Yoo asked her out as a freshman in college. 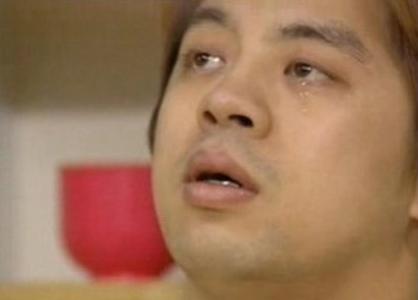 I want to cry I’m so jealous…

In that sense, the album Yoo left the world is like a love story about him and his girlfriend. You, In My Arms conveys the excitement he felt when first they met; Our Love was written after he fell for her; A Gloomy Letter is filled with the despair of breakup; then he sang Because I Love You after he started seeing her again; and Bygone Days came after they parted for the final time.

Although I say things can’t be the same as before

Why do I find myself drenched in happiness at times?

Because everything has a meaning
And just like everyone says

Memories are a beautiful thing

Although my playlists were full of hip hop songs…

I always thought ballads were old fashioned songs with such overslow beats. But the first time I heard Yoo Jae-ha’s song on a bus, my view of music was transformed. The song on the radio that started with a piano melody seemingly plucked something sentimental from deep inside me.

Vague and hazy, the path lies ahead enveloped in fog
Near yet far, the path grows far like a rainbow
No matter how much I look around
I can’t find where you are waiting for me

My love, be my strength
So that I may find my path
My love, clear the path

The hidden path to you

Bach once said that music helps dust off our souls, and Plato once said that music and rhythm delve into their secret places. And just like that, Yoo Jae-ha’s songs—their lyrics, rhythms, and melodies lack nothing—have been like the duster that has made my tired soul clean.

Now, the name Yoo Jae-ha has become a great consolation in my 20-year-old life, to the point where I can pinpoint his voice without fail among the countless melodies that fade into the air. Do you need something to get you going through this scorching summer heat? Then I strongly recommend the clear, cool voice of my Yoo Jae-ha oppa. You won’t regret it. Seriously. Really. 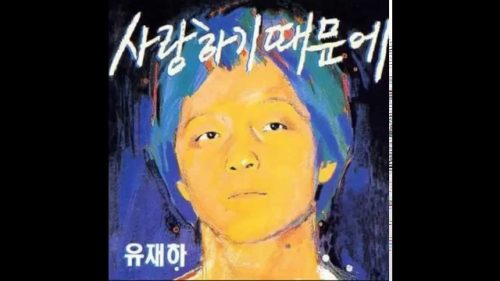 I’m off to stream his music some more…

Lee Ji-sun  is an editor at Twenties Timeline.