Since I started reporting on games, my friends often ask me about them. Which ones are interesting and popular, or what my thoughts are on a game they’re about to buy. I answer their questions and give recommendations, but occasionally I get unexpected responses—they don’t feel the need to purchase it because they feel like they’ve already played it, even though they haven’t. What do they mean? With the onset of internet broadcasts, broadcasting is no longer something that can be done at the state or company level. Individuals can now host everything from radio shows to food, music, and even video game broadcasts. Among the various kinds of internet broadcasts, video games account for a rather large share. Games are actually one of the most popular broadcast genres online.

As various games begin to be revealed through broadcasts, viewers have two different reactions to the idea of purchasing a well reviewed games. After watching others play a given game, some viewers decide to purchase it, because it “look fun”. But others feel no need to do so, precisely because they’ve already seen it played. The former reaction is more common with online multiplayer games, while the latter is often the reaction to games with linear storylines or single-player adventure games. Indeed, when stories account for a huge portion of games, those games are strongly affected by game broadcasts. In a past interview, Amy Hennig, a video game director and script writer for the Legacy of Kain and Uncharted series, said this:

“There is also this trend now that, as much as people protest and say, ‘Why are you canceling a linear, story-based game? This is the kind of game we want,’ people aren’t necessarily buying them. They’re watching somebody else play them online.”

Games where stories play a huge part, mainly those with linear gameplay, are particularly vulnerable when broadcast because the factors that can stimulate consumer desire are laid bare. In order to prevent spoilers, some game companies have prohibited the streaming or filming of their games. A major example is Persona 5. Since the storyline plays a crucial part in the gameplay, the publisher prohibited players from sharing content and faced a severe backlash from game streamers in North America. 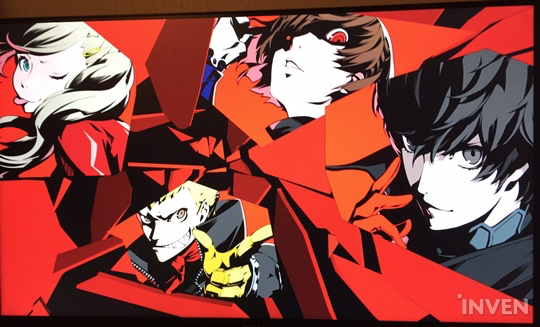 A photograph I took with my phone when reviewing Persona 5. You can see the edge of my monitor screen at the top of the picture.

Although there was a fierce backlash, the measure to ban the streaming or filming of Persona 5 was only a stop-gap policy. Screen captures or video was blocked on the game console, but once the game was released, gamers used different devices like Capture Board to record or stream the gameplay. It was nearly impossible for video game companies to stop that from happening. And this was where the strange reactions I mentioned earlier came in.

“You should try this game! It’s amazing.” “Oh, that? I saw the whole thing being streamed online. I don’t think I need to try it.”

Perhaps there are viewers who become interested in games through broadcasts and end up purchasing them. But the opposite kinds of viewers exist too, and in large numbers. Because both can be defined as ‘potential buyers’ it is difficult to get specific statistics. But while the former can be described as a positive effect of video game broadcasts, the latter can be seen as an unintentional adverse effect of video game broadcasts.

Time for some guidelines

I’m not saying that watching someone play a game is bad. Perhaps the difference is in whether you’re focusing on the ‘person’ playing the game or the ‘game’ that is being played. Some people watch game broadcasts because of the gamer’s wit, brilliant commentary, and gameplay, but others watch game broadcasts because they’re curious about the game they’ve been eyeing. People consume games in various ways.

Fundamentally, from game companies’ perspectives, gamers profiting from streaming or broadcasting gameplay is illegal. However, many game companies do not take any restrictive measures because their games enjoy a good amount of exposure effects (equal to the number of viewers and views) and those bring in a certain amount of profit. In some cases, game companies actually ask game streamers to play and promote their games—linear games with single storylines that are vulnerable to spoilers. Isn’t it strange that developers created the games but people who stream their gameplay can generate profit from receiving funding, subscription, and streaming? And none of this profit goes directly to the developers. It feels as though one sows and another harvests. Single player-based AAA games that require a lot of time and money to develop are particularly sensitive to this issue. Go and look up The Last of Us on YouTube. You’ll see a list of videos that show the whole game from beginning to end without a word of commentary. There are tons of videos that make you feel as though you’ve played the whole game yourself. 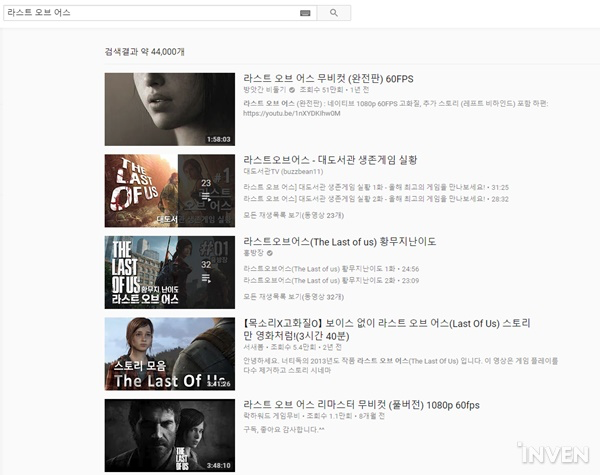 Just type in the name of the game. You’ll get everything—from beginning to end.

Some experienced streamers are aware of the risks and consequences, and therefore do not stream to the ending or else they emphasize that the game feels different when you actually play it yourself. But most don’t take such steps, and even if they don’t, we can’t blame them. I believe that it is time for a discussion among game streamers, game developers, and game streaming services.

Take pre-release reviews. For games with single storylines that tend to be played just once, writers receive guidelines. Reviewers are not allowed to capture videos or screenshots or even mention the parts that can be subject to serious spoilers, and they also have to sign non-disclosure agreements. This is an understanding that the media and game companies can agree to.

However, no such understanding exists among game streamers. We now need guidelines regarding the streaming of certain games.

There is definitely a difference between playing a game and watching someone play a game. When you play a game, you gain experience and memories, which you don’t get if you simply watch the gameplay. You might gain some kind of experience, but definitely not memories that you can cherish. You’re simply remembering someone else’s memory as though it is your own. But you can’t say that broadcasting games is bad. When someone can’t play a game for personal reasons, watching another person play can be a great way to gain some vicarious satisfaction. And incredible plays and reactions of streamers or professional gamers can sometimes provide even greater entertainment for viewers. Game broadcasts are a new way for users to consume and experience video games. Broadcasting and streaming gameplays online is becoming a new trend of consuming and promoting games, and game streamers are leading the way.

However, it is also true that there are games that are losing potential consumers due to video game broadcasts and one-time consumption. If it becomes easier for such games to lose their appeal, then companies lose the incentive to create them, and it might even result in these games gradually disappearing. Because what’s the point of spending several years of effort creating games that are not profitable or that only a few people will actually get to enjoy properly? Therefore unbridled game broadcasts can affect the diversity of games. Again, consuming video games through game broadcasts is definitely not a bad thing in itself. But if it causes unintentional harm, shouldn’t we think of ways to reduce the damage and benefit all parties?