Oops he did it again?

On July 17, a South Korean MUH-1 Marineon helicopter, which belonged to the Republic of Korea Marine Corps, plunged from a height of about 10 meters to the landing strip of a marine base in Pohang. Closed-circuit TV footage of the crash released by the marines shows the helicopter’s rotor blades being detached from the fuselage minutes after takeoff. As a result five out of six marines on board were killed. The cause of the accident is under investigation, but nothing has yet been announced, leaving the family members of the dead marines in anguish. As the whole country was mourning the death of five men in their 20s, 30s, and 40s, the Minister of National Defense, Song Young-moo, attended the National Assembly’s Legislation and Judiciary Committee meeting on July 20. And when the Assemblyman Kim Do-eup of the Liberty Korea Party asked about why the family members of the dead marines were upset, Song replied,

— Song Young-moo, Minister of National Defense of the Republic of Korea. July 20, 2018.

His remarks incited anger from not only the families but also across the country. He was criticized for not immediately visiting the crash site and for misinterpreting the families’ sadness and anguish at the sudden death of their sons, husbands, and fathers as annoyance at the military for not properly attending to the families.

This isn’t the first time Song has been under fire due to his choice of words. Recently an army division commander was dismissed for alleged sexual harassment of female soldiers. In light of the incident, Song met with civilian advisers on July 11 to discuss sexual assault in the military. There he said:

I saw my wife educating my daughter specifically and in detail about what to do when taking a cab or going on a date with a man. So I told her, ‘[Our daughter] went to college and grad school. Why can’t you just trust our daughter?’ [She says] ‘No, there are a lot of things in life that women can’t do as they intended. We have to make her realize this.’ Sometimes young soldiers these days protest, saying, ‘Aren’t men and women equal?’ But after shaking their hands, I thought it was fortunate that they were generally of the age where they could be taught that some things are different. So teaching them… when you look at [soldiers] and see that they demonstrate certain behaviors, then it’s important to take them quietly aside and teach them in advance to prevent an incident from taking place. Cleaning up after something happens is not the important thing… [2]

When his remarks caused controversy, as it seemed to hint that women who are sexually assaulted or harassed are to be blamed, he explained himself, saying that his comment was not meant to belittle women and that his intention was to explain how the “women should be careful” mentality should not be incorporated into military regulations on dinner meetings and so forth.

Unfortunately, he’d been criticized in November 2017 for another controversial remark. On his visit to the Joint Security Area in Panmunjeom, he started a pre-meal address to soldiers by reworking a quote from Churchill:

They say that the shorter the remarks before a meal and miniskirts are the better. [3]

People also shouted slogans throughout the rally, incited by speakers.

Your thought, my thought, all our thought. Take my life and free President Park! [5]

—Protesters at the Taegeukgi Rally.

Park Geun-hye will probably not appeal these decisions, but the Prosecutors’ Office will, as the punishments have been far weaker than they’d suggested. Experts predict that second trials are not likely to shorten her sentences as there is no new evidence and also because Park has refused to attend trials since October 2017 on account of her deteriorating health condition. However, it is possible that Park’s sentences will be shortened overall, as Korea’s Criminal Act stipulates:

In the event there is a crime which has not been adjudicated among the concurrent crimes, a sentence shall be imposed on the said crime taking account of equity with the case where the said crime is adjudicated concurrently with a crime that has been finally adjudicated. In this case, the said punishment maybe [sic] mitigated or exempted. [6] 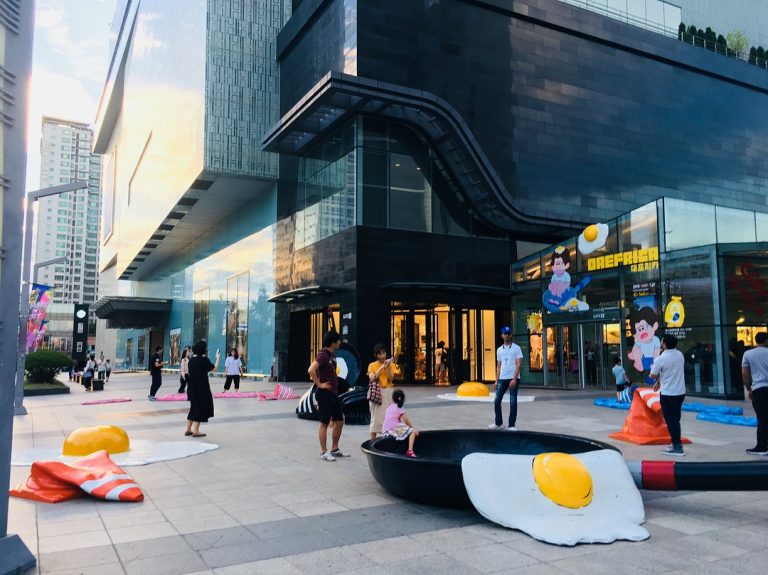 A global heat wave has turned deadly, resulting in more than 30 deaths in Quebec, Canada; scorching Sweden and igniting wildfires; raising heat index values in the southern U.S. up to 43.3 degrees Celsius; and hospitalizing thousands of people in Japan. Korea is no exception. Daegu, the fourth largest city in Korea, has become one of the hottest cities in Korea with temperatures in the high 30s. Korean people came up with a nickname for Daegu—Daefrica, a combination of the words “Daegu” and “Africa”. The Daefrica Art Exhibition in the city has drawn attention of the public with huge sandals melting on the pavement, orange traffic cones drooping and sagging, and eggs frying on concrete.

Some people have actually tried making eggs on the hood of a car that had been standing out in the sun for a little while and succeeded.

On Kim Hyeon-jeong’s News Show, Ban Ki-seong, the Director of the Forecast Center at Kweather, explained that this was an unusual heat wave.

This is a rather unusual heat wave. For instance, today, both the high and low for today in Seoul is about three to six degrees higher than the average year… Usually, this kind of heat wave comes after the rainy season and starts in late July. But this year, it came more than 10 days early. This is very unusual. [7]

Unfortunately, this heat wave is expected to last until mid-August or later. The highest temperature in Korea in the 20th century was recorded in Daegu on August 1,1942—40 degrees Celsius. Other cities in Korea have also been melting under extreme heat, with Hongcheon recording 38.2 degrees; Seoul, 38 degrees; Cheongju, 37.8 degrees; Suwon, 37.5 degrees, and so on.