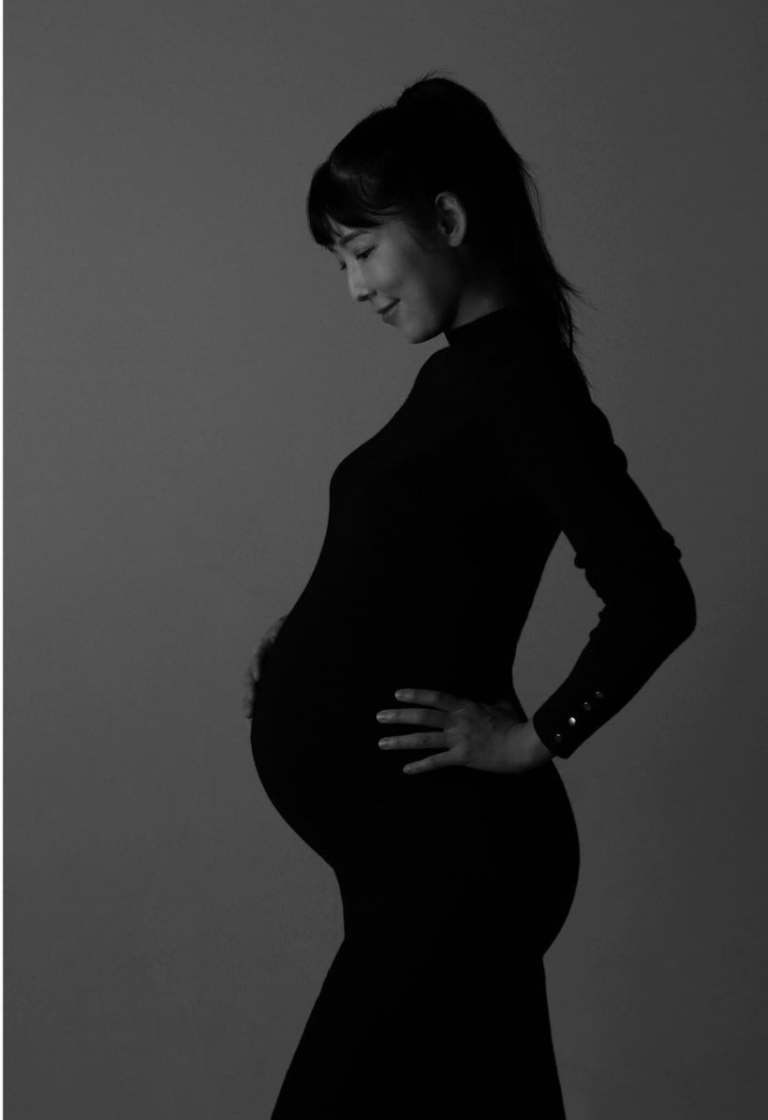 A Japanese TV personality based in South Korea has recently stirred debate over the choice to become a single mother. On November 16, Sayuri Fujita (known as Sayuri in South Korea), who has appeared regularly on South Korean TV shows since 2007, announced via Instagram that she recently gave birth to a son. If people were surprised by this news, then even more unexpected was the revelation that she had undergone artificial insemination with donated sperm to have her baby. She explained that the whole process was carried out in Japan, as South Korea institutionally prohibits impregnation through sperm donation outside of the marital framework. Regarding her decision to have a baby as an unwed single woman, she said:

I started freezing my eggs when I was 37 years old. I did it three or four times but didn’t get that many eggs. Something about my stats wasn’t right, so the eggs died in the extraction process. That kind of stuff happened a lot. Then, just as I turned 41 (Korean age), I missed my period. So I went to the hospital for a checkup.

And they told me that my uterus was already 48 years old. And since my uterus was 48, they said my periods would stop soon. When I heard that, my head just went blank. “I really won’t be able to have a baby now.”

That’s when I thought, “Should I meet a man, and even if I don’t love him, get married and try to have a test tube baby? Or do I just give up on becoming a mom?” Those were my two options. But I couldn’t just find someone and try to start a family. I know myself, and I was too scared to get married to someone I didn’t love. But I still wanted a baby. So I called a sperm bank and decided to raise a baby alone as a single mother.[1]

Many people responded with support for Sayuri’s decision, including South Korean politicians. Han Jeoung-ae, the chairperson of the Democratic Party’s policy committee, addressed the issue during a meeting on November 17.

[Sayuri] became a single mother by choice. I would like to congratulate her and send my blessings to the baby. We should all work together to make the Republic of Korea a more open society for the child to grow up in. The National Assembly will play that role.[2]

Bae Hyun-jin, a former news anchor and current National Assembly member of the People Power Party, commented on Sayuri’s Instagram post with words of encouragement as well. The two have been friends since they met on the set of a television show some years ago.

The Justice Party took this opportunity to point out the injustice in Korean society. National Assembly member Bae Bok-joo of the Justice Party posted on her Facebook page:

What if Sayuri was a Korean woman?
Would Korean politicians have offered her congratulatory remarks?[3]

In a commentary, Kang Min-jin, the head of the Youth Justice Party, also remarked:

Sayuri, a TV personality, gave birth to a son, and it has made headlines because she gave birth out of wedlock through sperm donation. Whether you are married or not, all families are equally important.

There is a problem with South Korea’s Bioethics and Safety Act, which stipulates that a woman who wishes to receive sperm donation for pregnancy has to obtain consent from her legal husband. It contains the misconception that only childbirth within the framework of marriage is normal. It is legislation that does not recognize women’s right to self-determination.

Sayuri’s announcement comes in the wake of a series of women’s rights issues that have been raised in Korea in recent months. The latest was the controversy over the revision of the abortion law. Last year, on April 11, the Republic of Korea Constitutional Court ruled that the 1953 ban on abortion was “unconformable to the constitution” and ordered that the law be revised by the end of 2020. The current law, which was revised in 1995, stipulates that a woman who undergoes an abortion using chemicals or other means will be sentenced to up to one year in prison or ₩2 million in fines. The law also states that anyone who performs an abortion will be subject to the same penalties. With the end of 2020 approaching, the Korean government drafted a proposal on October 7 for a revision to the law, which would allow abortion within the first 14 weeks of pregnancy, except in the case of a sex crime, or if the health of the mother was at risk, or if the fetus showed signs of severe birth defects, in which case abortion would be allowed up to 24 weeks.

Many criticized the government’s proposed revision, but neither the ruling party nor the opposition party made official statements. The first to break the silence was Kwon Insook, National Assembly member of the Democratic Party, who proposed some related legislation on October 12. In an interview with Kim Hyun-jung, she said:

First, when it comes to abortion, it’s not a question of permission. Because, whether they are allowed to or not, women undergo abortion and terminate pregnancies if they are in a situation where they have to. And they will continue to do so regardless of whether it’s allowed or not, as has happened until now. The core issue is whether or not the termination of pregnancy should be seen as a crime. … A woman will choose to terminate her pregnancy when she believes that she’ll lose her quality of life. It happens to women all around the world, regardless of whether or not the abortion is illegal. So I think we’re facing a situation where everyone must admit that the existence [of the abortion ban] is not an issue of the number of abortions going up or down.[5]

On November 4, the progressive Justice Party also announced the complete repeal of the abortion law as the party platform. In a press conference, Kim Jong-cheol, the leader of the Justice Party, remarked:

It is regrettable that the abortion ban, which should certainly be repealed, has been in effect for decades, and it’s a shame that the government has announced a proposal that would maintain the abortion ban despite the Constitutional Court’s ruling. … As a party platform, the Justice Party has proposed legislation to repeal the abortion ban and guarantee a woman’s right to terminate pregnancy, as well as the rights to safe pregnancy, childbirth, and childrearing. The ruling Democratic Party and the People Power Party, the largest opposition party, must now make their positions on the abortion ban clear. I believe this is the proper and responsible politics.[6]

The movement to repeal the abortion ban has been countered by “pro-life” groups and religious organizations, who have been staging a one-person relay protest in front of the National Assembly. The conservative People Power Party has proposed a bill that would reduce the allowable abortion period to the first six weeks of pregnancy.

A decision on the revision of the abortion ban will have to be made by the end of the year. With many people speaking up for women’s rights and others having equally strong feelings about saving embryos and fetuses, it will be interesting to see what kind of steps Korean society takes in the near future.