For the past few weeks, one of the big issues in Korean politics has been the controversy over alleged special favors granted to the Minister of Justice Choo Miae’s[1] son during his military service in 2017. Choo is already the second Minister of Justice in the Moon Jae-in administration to be embroiled in a ‘fairness’ scandal, following Cho Kuk, who allegedly helped his children gain admission into prestigious universities by producing fake certificates. As a result, Choo has been in the spotlight for several months now.

Preferential treatment of those who are related to people in power is nothing new. President Moon Jae-in himself was caught up in a scandal prior to his election in May 2017, with the opposition party claiming that his son had been hired by a local public agency in 2009 thanks to Moon’s influence at the time as a presidential secretary. Choi Soon-sil, a close confidante and advisor to former president Park Geun-hye, was also accused of exerting influence on Ewha University to give undue favors to her daughter Chung Yu-ra. Former National Assembly member Kim Sung-tae was accused of using his political influence to get his daughter a job at KT Corporation, South Korea’s second largest telecommunications company. And the list goes on.

The current controversy has come as another blow to the Moon administration, which has emphasized the spirit of equality, fairness, and justice since Moon was sworn in as president of the Republic of Korea.

Because the story is still evolving at the time of writing[2] this installment of WTS will focus on Choo’s own statement on the matter, as well as looking at how various media outlets have differed in their coverage and tone.

In 2017, Choo Miae’s son, Seo Jae-hui, received knee surgery while on sick leave from his mandatory military service in the Korean Augmentation to the United States Army, or KATUSA. The main issue at hand is whether he received prior approval for an extra four days of sick leave after the surgery through the proper channels. At the time of her son’s leave, Choo was the chairwoman of the Democratic Party of Korea. This question was originally raised during the hearing to confirm Choo as the Minister of Justice in December 2019. Then on January 3, after Choo’s appointment, the Liberty Korea Party (currently People Power Party) reported their suspicions to the prosecution service, which began an investigation, amidst a deepening rift between the Minister of Justice and the Prosecutor General Yoon Seok-yeol.

On September 13, Choo apologized via Facebook for the trouble caused by the favoritism scandal.

1. Everyone is having a hard time due to the Covid-19 crisis. In the middle of this situation, I’ve caused concern due to issues surrounding my son’s military service. First, I sincerely apologize to the people.
2. Until now, I have patiently held back my words. I have done so out of concern that as the Minister of Justice I shouldn’t influence the ongoing investigation by the prosecution. The truth must be revealed with absolute clarity through the prosecution’s investigation. My son is cooperating with the prosecution’s investigation as best as he can. The prosecution must serve only on orders from the people to uncover the truth, without giving special consideration to anyone. …[3]

What is interesting about this scandal is that there has been a marked difference in how the conservative and liberal media have approached the issue.

At 5:38pm on September 22, the Chosun Ilbo, one of the major conservative newspapers in South Korea, had an article titled “’Aren’t you ashamed to face your children?’ … Choo-man Daejanggyeong’s quotes have become boomerangs”.

The nickname ‘Choo-man Daejanggyeong’ is a combination of the Minister of Justice’s last name and Palman Daejanggyeong, or ‘Eighty-Thousand Tripitaka’[4], and refers to Choo’s many Facebook posts. The article criticizes Choo for doing the exact same thing she’d advised against in previous administrations.

On the other hand, the liberal Kyunghyang Shinmun had just one article on the issue on its main page with the title “Prosecution conducts a search and seizure of Choo Miae’s son’s residence”. 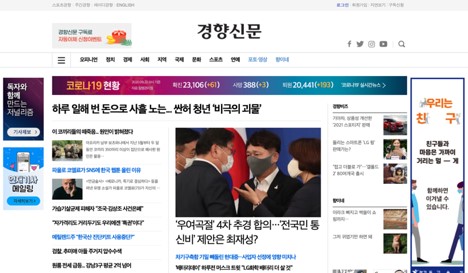 The growing divide between the conservative and progressive camps is apparent in the media as well as in the responses from their readers, with the comments sections of online news articles showing how people have become entrenched in their own views and regard the opposition as stupid and ridiculous.[7]

The investigation is ongoing, but it seems very possible that regardless of the truth people will believe what they want to believe and dismiss everything contrary to their beliefs as fake news.

Aside from the political drama, there was something else causing controversy in recent weeks: sex education books for children. Talking about sex is a huge social taboo in Korea, with sex education in schools barely touching on the details. Conservative parents file complaints about teachers simply talking to students about condom use, let alone giving them out or showing videos about sex. But that doesn’t mean that educators are giving up trying to teach the topic. In July, a high school teacher at a school in Damyang, Jeollanam-do, asked first year high school students to bring bananas to their next class on pregnancy and birth, but the class was canceled due to complaints from parents. The teacher had been planning to teach the students about properly wearing condoms, but unfortunately it was too unorthodox for conservative Korean parents, who claimed that it could “encourage sex crimes”. This debate on sex education was further inflamed when the South Korean Ministry of Gender Equality and Family announced a list of 199 books on sex and gender education for its Nadaum Books project. Nadaum is a Korean word meaning ‘being myself’. The books were distributed to five elementary schools around the country in November 2019 but became a point of contention when seven of them were criticized for being inappropriate by National Assembly member Kim Byeong-wook of the People Power Party during an Education Committee meeting on August 25, 2020. 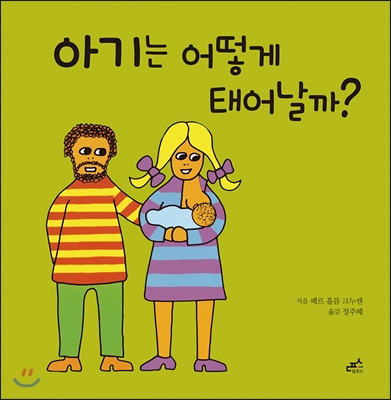 At the committee meeting, Assembly member Kim said to the Minister of Education Yoo Eun-hae:

“Recently the Ministry of Gender Equality and Family provided ‘Nadaum Books’ to schools to teach children about gender sensitivity. … When you look at those books, they don’t really enhance children’s gender sensitivity but actually contain information that glamorizes and encourages homosexuality and same sex marriage, which has been a great cause for concern. Did you know that? … [How a Baby is Made] can be seen as a sex education book, but it contains troublesome information expressed in a very explicit way that could induce premature sexualization of elementary school students. Sexual intercourse itself is described as fun (jaemiitta), exciting (sinnada) and great (meotjida). They ‘want to do it’. These are the words used to describe it, and the drawings are so explicit that they’re embarrassing to look at.”[8]

The following day, the Ministry of Gender Equality and Family withdrew those seven titles from the five elementary schools.

But even before Kim brought up the accusations, PenNMike, a controversial but influential conservative Christian outlet had written about the books, calling them out for “teaching homosexuality as ‘normal'” and describing sexual intercourse in “excessive and explicit detail”.

Regarding the controversy, Nam Yoon-jeong, the head of an NGO called Ssingtu Changjakso, who lead the Nadaum project, explained how this incident could be an opportunity to discuss how to provide sex education to children, how to foster more experts in the field, and what kind of books to write in future.

“Children are very curious about their bodies and how they were born. And if parents respond to their questions by saying that they’ll learn about it when they’re older instead of teaching them then and there, that means the parents have some kind of ethical opinion on the matter. An ethical yardstick or some moralism like puritanism. But as I said before about biases and prejudices, that’s the prejudice of adults. … Children just see it as an objective fact. They read it once, and then they go look at something else that interests them and play. The adults are the ones that worry. But when you look at UNESCO’s sex education guide, it says to teach children about their bodies when they’re five years old. About how our bodies are structured and the anatomical facts of sexual intercourse. … Moms say, ‘My children are too naïve to know things like that’, but what the children actually know is that moms refuse to answer their questions, and that’s why they don’t ask. It’s not that they’re not curious or that they don’t know. So I think it would be more helpful for our society, with its looming issues of safety today, if the parents would think hard about how to more actively tell children about these things.”[9]

This issue that South Korea is grappling with is one that many other countries have been through in the past. Although people have strong and divided opinions about what’s right or wrong, it is rather encouraging that incidents such as the Nadaum Books controversy are sparking more discussion about the teaching of sex and gender issues in a country that has recently seen a number of high-profile #MeToo cases, as well as the ‘Nth Room’ case[10] involving cybersex trafficking and sexually dehumanizing footage of women. Hopefully the recent controversies will lead to more productive debates about sex education in Korea.