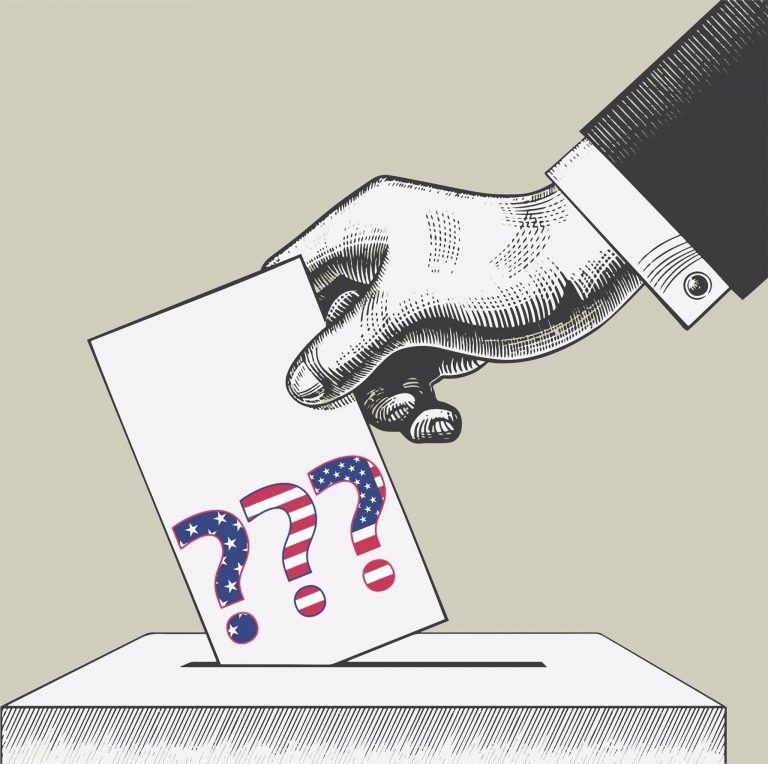 The recent presidential election in the United States has been a hot news topic in South Korea, as the next American president will play a crucial role in defining the free world’s relationship with North Korea. When Joe Biden’s win was announced, however, no one had expected to hear from one former Korean National Assembly member. Min Kyung-wook, the man who had ever so avidly claimed that the Moon Jae-in administration rigged South Korea’s 20th legislative elections in April, once again alleged election fraud—this time in the United States.

On November 10, he posted an image that claimed, “Korea’s April 15 election was a rehearsal for the United States’ November 3 election”, and that China was behind both.

He absurdly coined the term “MinT Alliance“, combining his surname Min and Trump’s initial T, saying that he would fight against the wave of election fraud with Trump.

To this, National Assembly member Ha Tae Keung of the People Power Party (formerly the Liberty Korea Party), who has been vocally critical of Min’s claims about election rigging, wrote:

“Min Kyung Wook, who is an international embarrassment, must be immediately expelled from the People Power Party. His imagination has taken wing and gone too far. He is doing harm to the national interest, claiming that even the American presidential election has been rigged. … Biden’s win is a good opportunity for our party, as we support the strengthening of Korea-US relations and denuclearization of the Korean Peninsula. But former National Assembly member Min is openly making absurd claims about voter fraud in the American presidential election without any proof. He is inflicting serious harm not only on US-South Korea relations but also on the honor and status of our party. His terrible influence has far exceeded the level that the People Power Party can tolerate. We need to boldly draw a line.”[2]

The Democratic Party also commented on Min’s actions in the party’s daily briefing on November 9:

“Foreign Affairs Minister Kang Kyung Wha went to the United States yesterday to meet with the US secretary of state. It was a customary meeting to discuss current South Korea-US issues.

Last month, former National Assembly member Min Kyung-wook of the People Power Party staged a one-person protest in front of the White House, claiming that the ‘Republic of Korea’s April 15 general election was fraudulent.’ This time, he has raised suspicion about the results of the American election being rigged. This is very embarrassing. The People Power Party should keep their own members in line before criticizing the government’s diplomacy.

As the People Power Party said, this kind of conduct ‘at a time like this’ is ‘inappropriate for various reasons’. As it could turn into a diplomatic issue, the party should take responsible measures instead of regarding [Min’s behavior] as a personal problem.”[3]

“Congratulations to @JoeBiden and @KamalaHarris . Our alliance is strong and the bond between our two countries is rock-solid. I very much look forward to working with you for our shared values.

I have great expectations of advancing and opening up the future development of our bilateral relations. Katchi Kapshida (같이 갑시다)!”[4]

Both the ruling Democratic Party and the opposition People Power Party made statements upon the announcement of Biden’s win.

Lee Nak-yon, the leader of the Democratic Party spoke at the party’s Supreme Council meeting on November 8:

“President-elect Biden has reflected the demands of the times in his pledges, such as curbing carbon emissions, increasing the use of renewable energy, expanding labor protection and welfare, improving healthcare through Obamacare, and increasing technology investment. This is aligned with the direction that we are taking. We will similarly make efforts to expand employment insurance and workers’ compensation, expand Moon Jae-in care, and promote Korean New Deals, such as the Green New Deal and the Digital New Deal. We will endeavor to further solidify the Korea-US alliance in the Biden era. We will make preparations for Korea and the US to strengthen mutual cooperation in diplomacy, security, economy, and trade, and to substantially advance the establishment of peace on the Korean Peninsula. At the same time, we will network and start to coordinate policies with the members of the new administration in the United States. We will actively promote bipartisan diplomacy as well.”[5]

“We sincerely congratulate the Democratic candidate Joe Biden on his victory in the United States presidential election. In addition, we send a round of applause to the people of America who are now at the starting point of a new history.

Blood is thicker than water. The South Korea-US alliance is an alliance forged through blood on the battleground of the Korean War.

The Republic of Korea and the United States have worked together for 70 years for liberal democracy and the market economy.

Going forward, when the United States steps up as a responsible leader of the international community, the Republic of Korea will be with you. When multilateral trade is revitalized, the Republic of Korea, as a firm believer in free trade, will also be with the United States. We ask that you muster efforts to promote peace on the Korean Peninsula on the basis of North Korea’s denuclearization.

The Republic of Korea will continue to walk firmly hand in hand with the United States for world peace and economic prosperity for the next 70 years.

Just as presidential candidate Biden has said through our media, we will go together.

The People Power Party believes in the South Korea-US alliance. We go together.”[6]

“After a long counting of ballots, Presidential Candidate Joe Biden was elected the 46th president of the United States. Congratulations.

The result of the American presidential election has a huge impact not only on the overall international situation but also the situation on the Korean Peninsula, and therefore we hope that our government will commit to making utmost efforts in all areas, including the economy, diplomacy and trade, as well as inter-Korean relations.

Now it is time to complete the unfinished improvements in North Korea-US relations once and for all. The denuclearization of the Korean Peninsula and the establishment of a permanent peace regime will be an epoch-making event for world peace. We hope that the Biden administration will persevere with the bold approach to the peace process.

The whole world is faced with the common challenges of Covid-19, climate change, and inequality. Hegemony and conflict are the villains that aggravate the crises that confront us. US President-elect Biden expressed his intention to rejoin the Paris agreement within 77 days. We look forward to the Biden administration leading the way for peace for all humanity and better earth for all.”[7]