On July 22, the food delivery app Baedal Minjok (Baemin) hosted the second ‘Chimmelier certification examination’, following the first exam the previous year. (Chimmelier being a portmanteau of chicken and sommelier.) This exam certifies its passers as expert chicken tasters, or chimmeliers, and has received considerable media spotlight. More than 578,000 people signed up to take the initial qualifying exam online — as many test takers as for college entrance exams.

The huge interest in the exam comes down to the fact that everyone enjoys chicken. And due to its popularity, the chimmelier exam was registered as an official certification exam this year.

However, an unexpected incident occurred at this year’s exam. As soon as the event began, ten or so animal rights activists rushed up to the stage with pickets that read “Chickens don’t get fat. Chickens die” and “Chickens can live for 30 years, but they only live for 30 days”. After shouting their slogans for about ten minutes, the activists were escorted off the stage by security guards.

K (anonymous), an animal activist who participated in the surprise protest, calmly said they staged the protest expecting to be sued. “We don’t want to tell people that eating meat is bad. We only wanted to let people know that there are things we don’t know.”

“Deaths of chickens should not be consumed for pleasure”

When the video clips of the protest were released, the general public was critical of the animal rights activists. This was because it seemed the activists were aiming to “force” people into not eating chicken. The perception that they considered meat eaters as evil made it hard for the public to reach a consensus on the issues raised. Asked about this, K responded, “We did not go to the chimmelier exam to tell people not to eat chicken.”

A number of articles were published on the surprise protest. Most framed the protest as being against the eating of chicken. K emphasized that what the animal activists took issue with was the chimmelier exam itself, which used the deaths of chickens solely for pleasure. 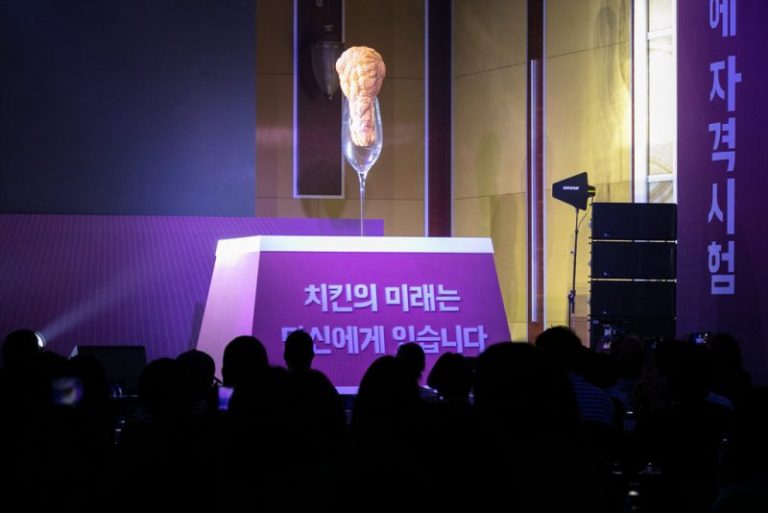 “There are many ways to eat chicken,” K said. “We came to the chimmelier event because chickens become food through a certain process, but this event ignores the process of death and instead treats it as something fun.”

“’It’s an exciting exam! How can it be this fun?’ people say. The event is solely for pleasure and no one thinks about the process by which chickens live and die. If there was a section titled ‘How chickens are reared and killed to be put on the plate’, we wouldn’t have staged this protest.”

“So, what’s wrong with eating chicken?”

But chimaek (chicken and maekju, the Korean word for beer) has become an integral part of the Korean culture. Replacing fried chicken with a living organism called chicken feels strange and rather uncomfortable. Do we really have to learn about how chickens are reared and put on the table in order to eat them? This reporter didn’t participate in the event, but the argument still feels a bit ridiculous. And I’ve become a bit embarrassed about how I often say “a chicken per person!” when I eat out. Are the animal rights activists not thinking about all this solely from the perspective of vegetarians? 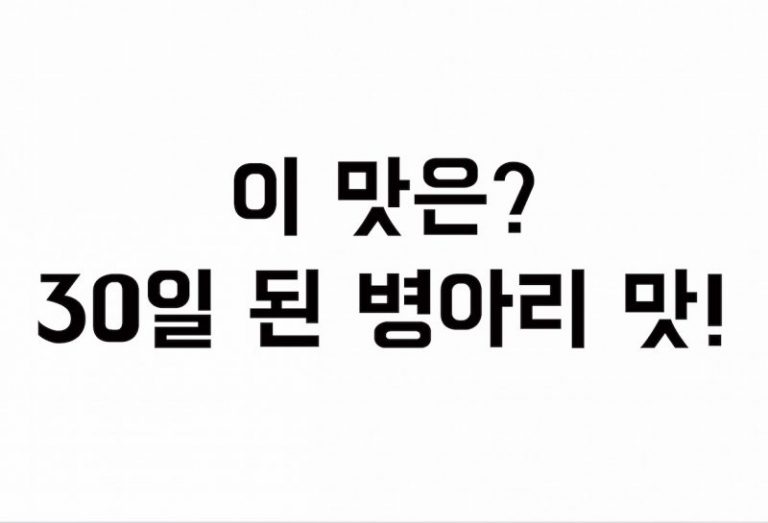 An image received from a protester: “What is this taste? This is the taste of a 30-day-old chick!”

K claims that factory farming is the main problem. The natural lifespan of a chicken is about ten years, but chicks are fed genetically-modified feed or growth hormones to produce meat more efficiently. The farms are unsanitary, with chickens raised in densely-packed cages and  vulnerable to the avian flu. This kind of environment is not great for consumers either. Such issues raised in reports whenever avian flu strikes chicken farms, killing chickens en masse.

K added that “eliminating that process [in the exam] is like covering up the truth for the consumers.” According to K, the protesters interrupted the event to inform people about factory farming and to criticize an event that consumes chickens, that are brought to the table through such a terrible process, only for pleasure.

“The protest was violent” vs. “There was no use of force”

A Baemin official said, “People have different opinions, and we respect the opinion of animal protection groups.” However, the official raised questions about the protesters using (allegedly) violent and aggressive means to express their opinions and emphasized Baemin’s regret over the participants being made to feel guilty and uncomfortable.

The company agreed that life should be respected, but questioned whether it was justified for the protesters to hold an improper, illegal, and violent protest at an event that the officials had put in time, money, and effort to prepare. Baemin also pointed out that the protesters shouting for ten minutes into the microphone may have psychologically affected the participants. Many of the participants were families, and parents who brought their children to the event must have been particularly embarrassed. Regardless of the protesters’ intentions, it is true that the organizers suffered clear damage. 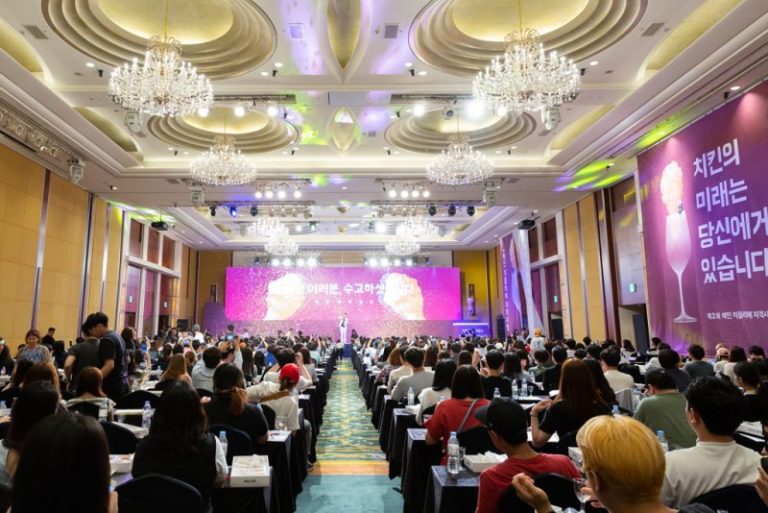 Concerning this, K said, “We did not resort to violence. We didn’t take anything away from other people, and we didn’t destroy anything. We do not believe the process was violent.” K added that people only got hurt when security guards dragged protestors off the stage.

“We were all aware that we might be sued,” K said. “Despite that, we took action, not for our own benefit but to discuss the process by which chickens are brought to our table.”

“If it’s a question about why we did not stage our protest within the bounds of law, I believe that law is something that constantly changes and progresses. Historically, people have fought for the values they believed were correct and for the protection of those whose rights were violated, even if it was illegal to do so.”

K said, “The legal procedure has been violent so far, with the company’s CEO posting comments to individuals, trying to track down the protesters. Rather than being tracked down, we’d like to come out publicly and say that we staged the protest.”

KIM Inkyoung  is a staff writer at Bloter.