Have a question for this writer? Send her a mail or sign up for the weekly newsletter.

A few days ago, I got hungry while working on an article in a coffee shop. I had no dinner planned, so I went to a doaeji gukbap (pork and rice soup) restaurant near Hongik University Station. I was digging into my bowl when a group of foreign tourists walked in and sat down at a table. They looked through the menu for a while and asked a server if they had any vegetarian dishes. The server said, “No”. After all, it was a pork and rice soup restaurant. Once again, the tourists asked if there was any dish without pork. You  probably know the answer. The name of the restaurant was Don Su Baek (don means pork) but the name wouldn’t have meant anything to these foreigners—hence this incident. If they’d known it was a pork and rice soup restaurant, they wouldn’t have visited in the first place. This is the reason I decided to write about how to find matjip, or good places to eat, in Korea. Let me give you a few tips so that you can find good restaurants efficiently, without having to waste your time like these tourists.

Back when I was a student, before I became a journalist, I had several blogs, one of which was for restaurant reviews. When a post made it to the main page of a web portal, I’d get about 50,000 visits. Restaurant owners eventually contacted me to “come and have a meal and write a review”. I agreed out of curiosity, and thus began my “free food” life. Some establishments were great, others weren’t. But I couldn’t simply say that the food was bad after being treated to a free meal. So for those restaurants I refrained from talking about the taste. This is how bloggers write over half of the restaurant reviews you see on portals like Naver and Daum. I can say this with certainty because I was one of them.

Just as there’s fake news and real news, there are fake “good restaurants” and real “good restaurants”. If you can read even just a little Korean, you might have searched for matjip (맛집) on Korean web portals. There are huge numbers of restaurant reviews on Daum and Naver — especially Naver. Most of the information is in Naver blogs, which are unsearchable on Google due to Naver’s exclusive search policy. 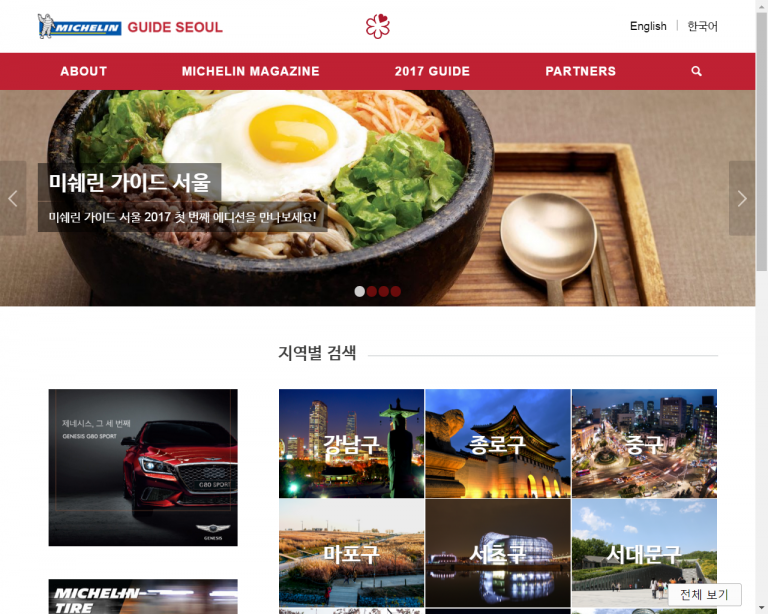 If budget isn’t an issue and you’re looking for a tasty meal and a nice atmosphere, Michelin Guide Seoul would be a great place to start. As the saying goes, you pay for what you get. Their restaurants are definitely above average. But some of them are hugely popular, so you might have a long wait if you don’t make a reservation.

Blue Ribbon Survey is helpful too. It only comes out once a year so can be a little out of date. But any restaurant with the Blue Ribbon logo on the door is above-average, guaranteed.

Google Maps and TripAdvisor are my go-to apps when I travel abroad. But I can’t recommend them in Korea. Unlike in other countries, not many restaurants pop up on these apps in Korea and those that do rarely have reviews. The last time I was in Chuncheon, TripAdvisor had frustratingly few recommendations. And some restaurants that have over 50 reviews on Naver blogs don’t even appear on Google Maps. 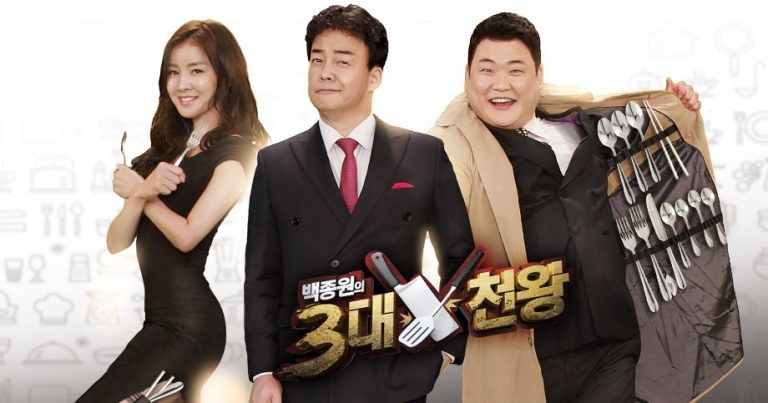 If you want to say that you’ve been to a “famous restaurant in Korea”, go to Naver or Daum and search for the name of the town or district followed by “Paik Jong-Won’s Three Great Emperor matjip”[1] or “Wednesday Food Talk matjip”[2]. These food shows are popular in Korea. Streams of people flock to featured restaurants for several months after shows air, and many regulars complain about how angry (!) they are over “losing their secret spots to broadcasting companies”. Most people would say these restaurants aren’t worth waiting in line several hours for. But they’re good options if you avoid rush hour. The key to both shows is that they introduce restaurants that are already well known in the area, rather than trying to unearth undiscovered ones. There is another popular restaurant review show: Channel A’s Lee Yeong-don PD’s Eatable X-File. But this one is different. If you search for “good restaurants on Lee Yeong-don PD’s Eatable X-File”, you get a list of restaurants that use natural ingredients and no flavor enhancers in their dishes, rather than a focus on “taste”. So if taste is important to you, the restaurants on this show might not be for you. 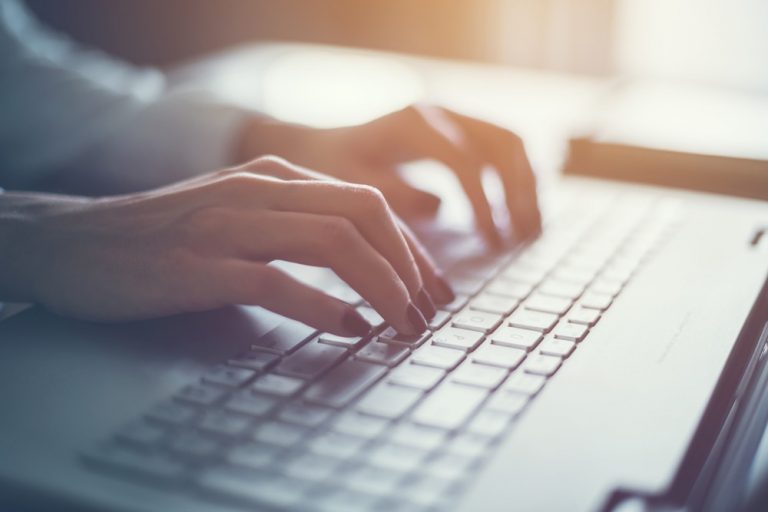 So, when you search for Itaewon matjip, you’ll get a map and a list of matjip. But wait, because the restaurants that pop up immediately after a search are most likely to have paid the web portals to put their names up top. This means some are real matjip, but others are not. Avoid being a “foolish customer (hogu gogaek)” tricked by paid search results. If you find a restaurant that catches your eyes, then click on the link to check the number of stars it received. If you see a ton of four or five star reviews spread out over a short period of time, there is a possibility that the restaurant hired people to write reviews or that social commerce sites recruited “evaluators” (people who received free meals at the restaurant). But if the restaurant received decent reviews over several years, you’re less likely to be disappointed when you go.

While scanning restaurant reviews on blogs, if you find the sentence “This post has been sponsored by (business)” at the bottom of a post, it’s best not to trust everything it says. Since it was written by someone who was offered free meals in return for the review, like me back when I was in college, it might be less objective. Just glance through the pictures to see the menu or the general atmosphere of the restaurants.

If you’re looking for something specifically Korean, avoid franchises. I’m not saying that they’re not good. They offer decent meals, but since they taste the same wherever they are in Korea, there’s no need to eat at a specific branch. The easiest way to tell whether a restaurant is a chain or not is by checking if they are marked as “Gongdeok Station Branch” or “Gwanghwamun Branch”. If you don’t see those words, it’s probably an independent restaurant. Although, some independent restaurants these days put those words on their signboard to “look cool”. 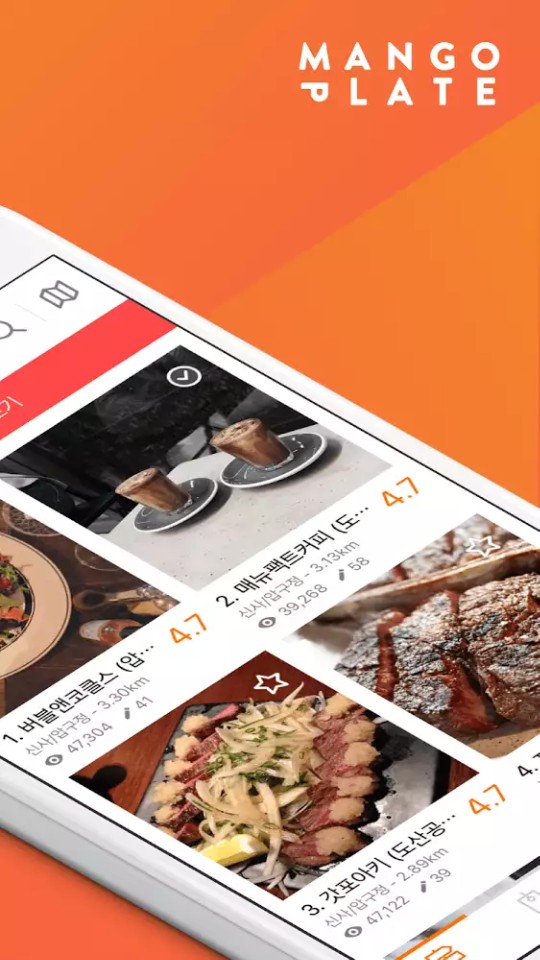 DiningCode is an application service that uses big data to find restaurants for you. Based on big data collected from blog posts, DiningCode provides related search words when you look up a restaurant, such as “a good place to eat alone” or “a good place to take your date”, making it easy to figure out the atmosphere of the restaurant before you go. But there is a caveat to collecting big data: restaurants that have hired reviewers or evaluators are bound to have a lot more reviews, so you have to read reviews from at least the last three months. I avoid restaurants that are described as “not very clean” or “unfriendly” in the reviews even if the food is supposed to be good. That way, at least you can avoid disaster.

Last but not least, search for the name of the restaurant on Naver or Daum and check the date of the latest review before you decide to visit. It’s not easy to maintain a private business in Korea. I remember going to a dessert café that had been reviewed a month before, only to arrive and find out it had gone out of business the week before. Since then, I always call before I go to restaurants or cafes. If you’re in Jeju Island, making a phone call to see if a place is open is a must. Some cafes are only open three or four days a week. Also, their opening hours can be confusing because Google Maps and web portals list different times. Most of the popular restaurants communicate with consumers via social media sites, so click a few more times to look over the menu and check for any announcements. That way, you can avoid making a trip for nothing. After all, your time is precious.