On October 22, newspapers were flooded with reports on Kim Seong-su (29), the suspect of Seoul’s October 14 internet café murder, when the police released his full name and picture to the public. Among them were reports that the tattoo sighted on the back of Kim’s neck appears in the Japanese manga, Naruto.

The tattoo on the back of his neck is different from the tattoo in Naruto. Any similarity could just be a coincidence. But it is easy to see why many reporters bought into the netizen chatter and linked this violent murder to a manga featuring a ninja as the main character. They wanted to create a plausible narrative of a suspect whose obsession with a ninja cartoon intended for elementary and middle school students led him to get a related tattoo on the back of his neck. A suspect fascinated by ninjas ended up gruesomely murdering an internet café employee. 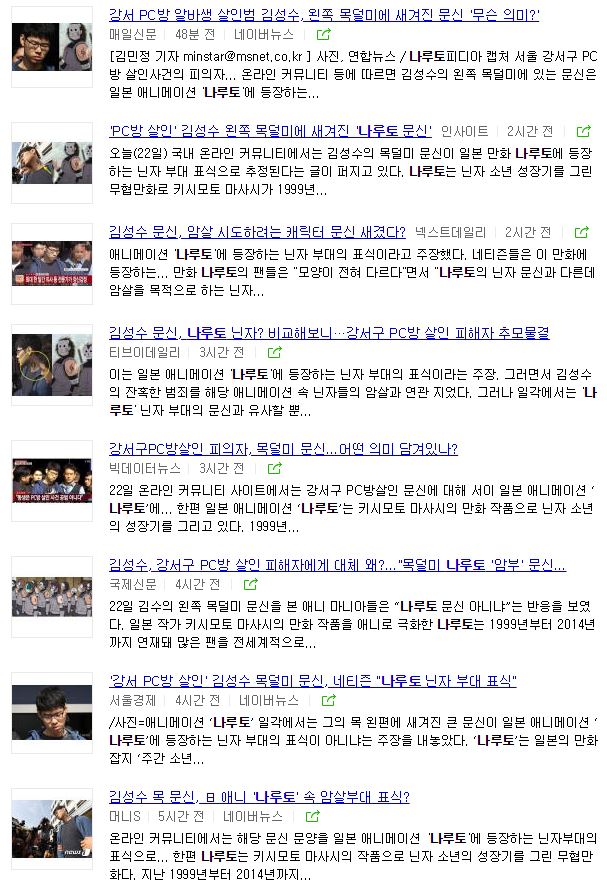 Kim Seong-su must serve for his crime. But we also have to look at how pathetic it is for the press, with its goldfish-like attention span, to bring up a ninja cartoon. Nobody can defend a cruel murder. But however it may seem from police reports, murder motives can be complex and linked to societal causes. We can see this from the lack of decline in violent crime rates even when the suspects identities are released.

This case is reminiscent of the “Lee Eun-seok murders” from 18 years ago. A student on a gap year from a prestigious university murdered his parents, cut their bodies into pieces, and threw them away. Faced with these gruesome murders, journalists did nothing but paint Lee as a monster who killed his parents over tuition money. However, an article by Sisa Journal in June 2000 titled “Parental trouble and ostracism caused this immoral tragedy” tracked Lee’s life in detail and highlighted the issues within Korean society behind the crime.

Other journalists only directly reported what the police said, but Sisa Journal went to the scene and investigated further. They even looked into his favorite movie genres at a video store he frequented for more than a decade as well as the messages he posted on an online film club message board. They discovered that he suffered from depression and evasive personality disorder. Through this process, they discovered that he had suffered mental abuse from his parents since his childhood, and they reported that he was pushed to the edge by endless scolding from his parents to study, being bullied at school, and a lack of connections with those around him.

Also in 2001, the majority of the press reported that “a teenage girl, blindly devoted to her tutor, strangled her mother to death after her mother cut off her tutoring classes” and portrayed this Jane Doe (then 19) as immoral. Sisa Journal, however, released an article titled “Mother’s murder caused by father’s violence”. For this, they interviewed her family members and friends to gain an in-depth, three-dimensional view into her life. They reported that she committed this crime because it had become impossible for her to escape her miserable family life.

The rest of the press merely went along with the police report and wrote that this girl from a wealthy family killed her mother in the heat of an argument. But Sisa Journal reported that she endured years of abuse from her drunk father. She had obsessively received tutoring, thinking that she could finally leave home if she got accepted into a university in Seoul. They even revealed that, in contradiction with other reporting at the time, she did not have an inappropriate relationship with her tutor, and there was even an instance when her mother had attempted to strangle her. All this was possible because Sisa Journal remained at the scene the longest. 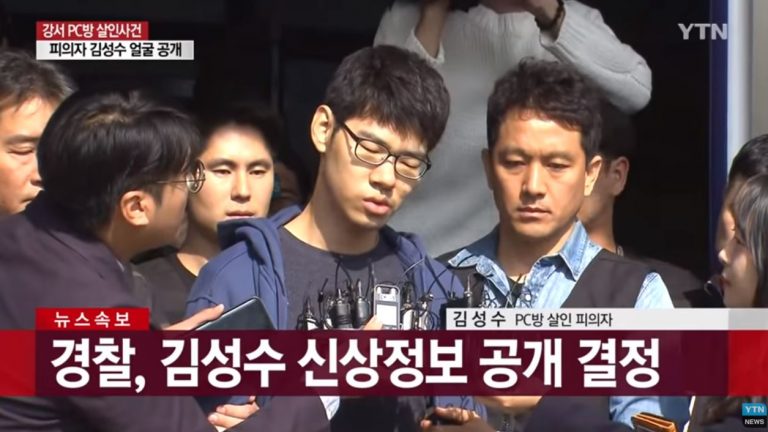 Screenshot of YTN coverage on October 22.

Rather than sensational and provocative goldfish journalism, investigative journalism, to understand the background of a story, is important when reporting on violent crimes. This way, people can come to understand the society and structures that lead to such crimes. It also helps people understand that these might not just be “abnormal” or “exceptional” cases of individuals, but problems that can come from any family. This is what journalism is for.

Reporting about how the suspect has a ninja tattoo does nothing to help reduce violent crimes. Furthermore, the news cycle of goldfish journalism does not last even one day. Conveying the national fury around reduced sentencing in cases of psychological illness is also the responsibility of journalism. But taking it one step further and provoking that fury is dangerous. Journalism should not be focused on the “Naruto tattoo”. It should focus on the scene.

This article was originally published in Media Today on October 23, 2018. Have a question for the writer? Send us a mail or sign up for the newsletter.

JUNG Cheol-un  has been investigating media issues since 2010. He is the author of Park Geun-hye Destroyed, Sohn Suk-hee Journalism, and Joseph Goebbels. Reach him at pierce@mediatoday.co.kr.