Many books come into the world every day. Some books fly off the shelves and some go out of print and disappear. Some are so mediocre that it’s a shame to have wasted trees for their paper. Some have exceptional depth and import but collect dust in a corner. What kind of books survive the jungle-like bookstores and bask in the glory of the bestseller corner? Jean-Paul Sartre said, “All that I know about my life, it seems, I have learned in books.” Can we not do the same? I ran to the bookstore and studied the bestsellers. Even just a quick glance at the titles reveals the desires and ambitions of Koreans today.

I listed the top 10 bestsellers from Kyobo Bookstore, Yes24, Aladin, Youngpoong Bookstore, and other major bookstores, and then chose the books that appeared at least twice. I excluded books that were only popular in only one bookstore. Collection period: March 13-19, 2017. 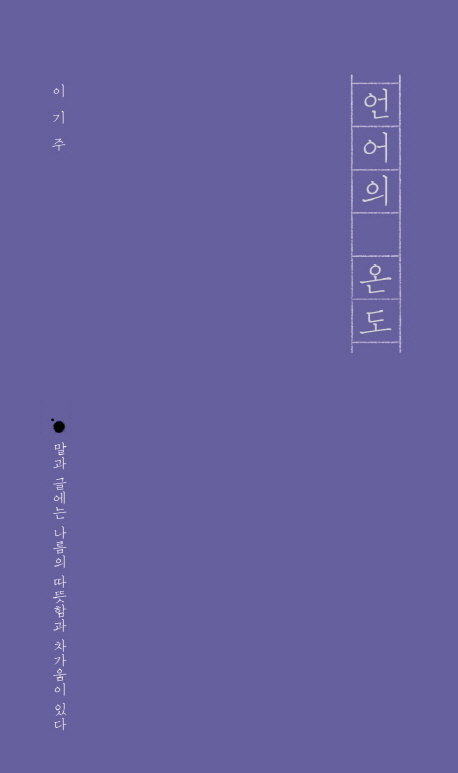 In Korean, how one syllable is used can change the feel of a sentence. “Neon eolguldo yaebbeo” (your face is pretty too) and “neon eolgulman yaebbeo” (just your face is pretty) look similar when written, but the difference in meaning is like heaven and earth. This is why Korean is easy to learn at first but becomes more difficult the deeper you go. This book of essays, by an author who enjoys recording overheard conversations, brims with records of meaningful phrases spoken and written, forays into the origin and etymology of words, and studies language both treasured and vital. The writer believes that spoken and written words have their own temperatures and readers find themselves thinking about the temperature of their own words. Are mine too hot or too cold? What temperature is my language right now?

What is a Nation?
– Rhyu Si-min (Dolbegae) 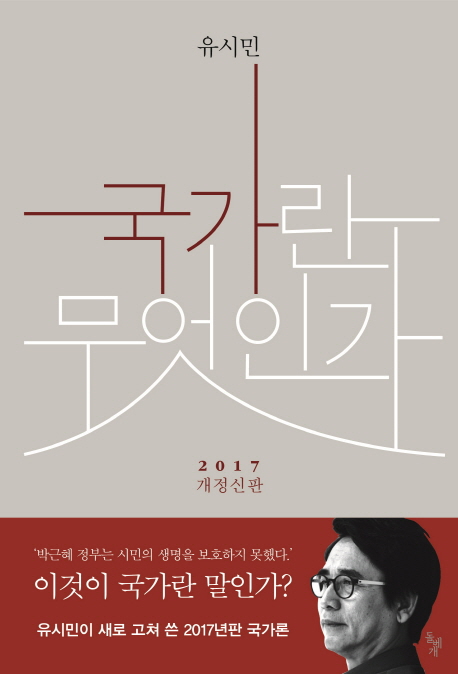 In the face of an unprecedented presidential impeachment, Koreans are in sore need of the answer to this question. This book is an update to the first edition (2011), which clearly revealed the political stance of Rhyu Si-min, who was the then chairman of the Participation Party. The book presents the process for working out the essence of a nation, and what progressive politics should aim for. The composition and basic framework are similar to the first edition, but several things are different now—the author has become a full-time writer, the political situation has changed, and the citizens have changed too. Such differences are reflected throughout the book. People who held up candlelights against the cold and injustice of this last winter and people who wonder what makes for a proper nation can’t help but be drawn to this title. 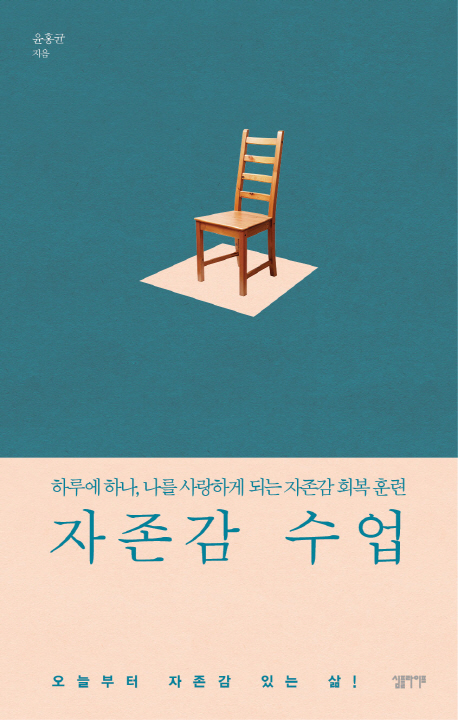 Koreans have had their mental strength tried from multiple directions. Perhaps what they most need right now is a boost in self-esteem. This psychiatrist talks about how self-esteem affects quality of life, and how to increase it. The book is quite literally a textbook. The author deals with the things that directly affect self-esteem: people, work, love and making relationships. He likens the process of restoring self-esteem to riding a bicycle. The reader learns how to ride the bicycle, how to stay on for a long time without falling off, how to fall safely, and what protective gear to wear. 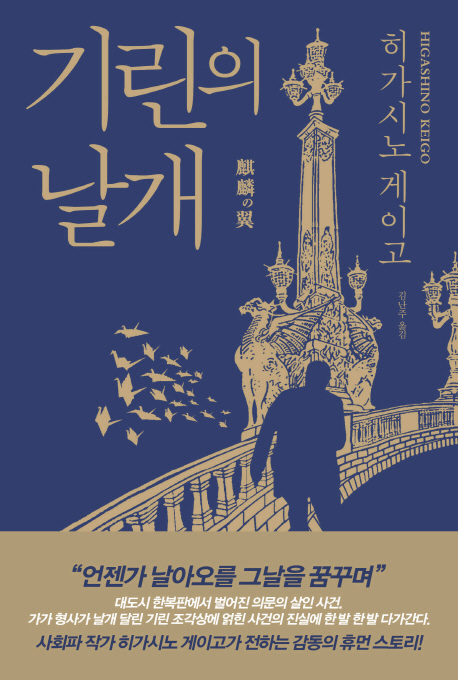 Higashino, the master of the mystery novel, is a leading Japanese author beloved by Koreans. (He shares the spotlight with Murakami Haruki.) Looking through the bestselling Japanese novels in Kyobo Bookstore from 2007 to 2016, the most cumulative sales over the last ten years belong to a Higashino title: The Miracles of the Namiya General Store. His novel The Devotion of Suspect X was made into a film in Japan, and then in Korea under the title Suspect X. The Wings of the Kirin, the ninth in his Detective Galileo Series, is a moving story of familial love that has also been made into a film in Japan. What unexpected ending will he surprise the readers with this time? 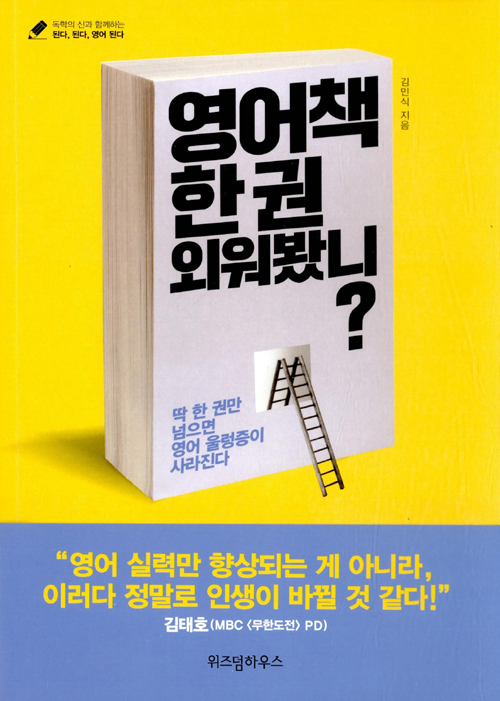 Will life work out for me if I’m good at English? This book gives courage to Koreans who, despite over ten years of formal English studies, freeze whenever they meet a foreigner. The author memorized middle school English textbooks verbatim out of a desire to enter the world of English language and to make programs like the American sitcom Friends himself. He became a drama producer and directed the popular Korean sitcom New Nonstop and the drama Queen of Housewives. He has written this book on how to study English based on 30 years of self-study, without any formal language training or having studied abroad. He advises completely memorizing one whole book of basic English conversation. Just one book under your belt will help overcome “English nausea” and increase confidence. He motivates “English giver-uppers” to give it one more chance. 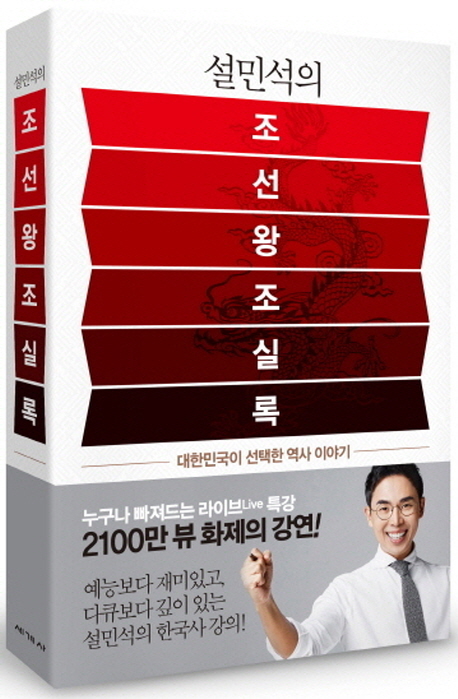 The interest in Korean history is higher than ever. The annals of the Joseon Dynasty, covering 500 years of history, has continued relevance because the worries it deals with—politics, economy, culture, and society in general—persist to this day. Reading the annals is to look at the naked, unpainted faces of the Joseon Dynasty. If you have preconceptions about history study being boring and difficult, let’s start with a book that is easy to read. This is filled with the wit of the author, a star history lecturer who appears in shows like the MBC entertainment program Infinite Challenge[1] and O’TVN’s Somehow an Adult[2]. He concisely and wittily talks through the twenty-seven kings of the Joseon Dynasty and key events. He provides a taste of Korean history, and the reader can go on to encounter other historical perspectives.

More on The Dissolve