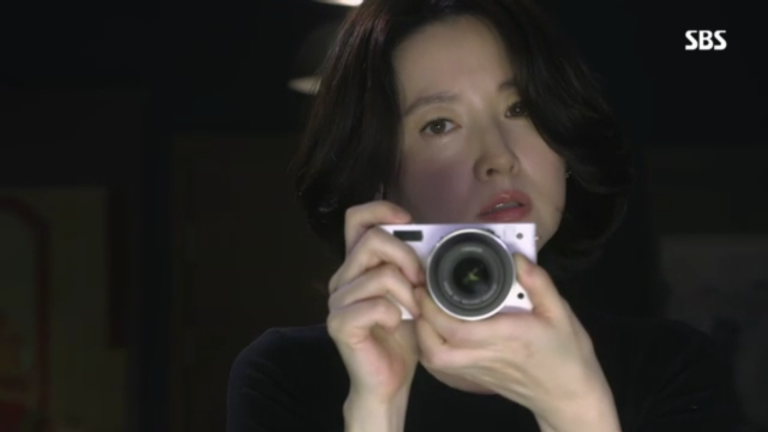 “The image above is from a camera commercial featuring the Korean star Lee Young-ae. The next is from a luxury watch commercial of hers, filmed overseas.” 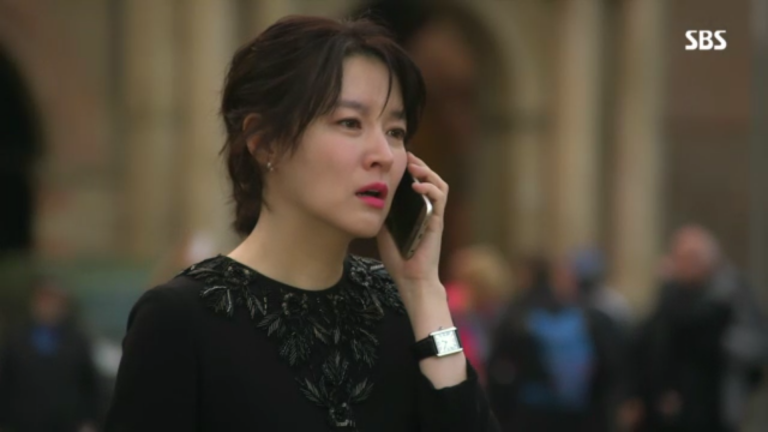 Take a few stills from SBS’s Saimdang: Light’s Diary, and add explainers like the one above, and you’ll trick many people into thinking they are TV commercials. The series (which started on January 26th) is in fact a “fusion period drama”. It concerns the life of the woman whose portrait decorates Korea’s 50,000-won bill—Shin Saimdang from the Joseon dynasty. What are images like these doing in a drama about the life of Saimdang? The answer lies in the magical keyword “fusion”, which sounds enticing in any context, and the “time travel” trope that Korean historical dramas so love. 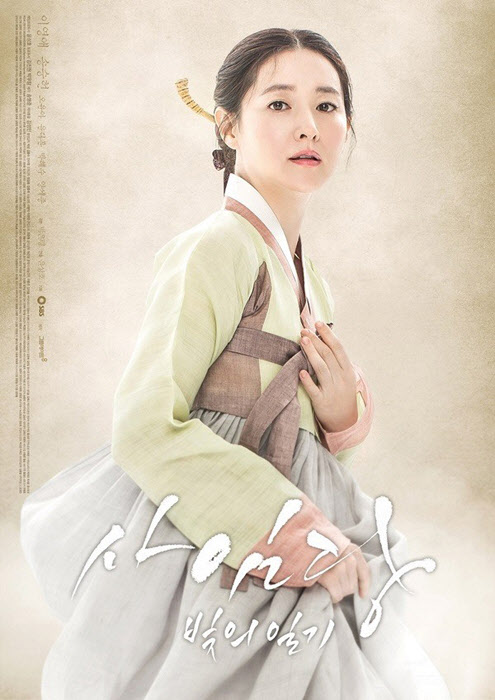 The hype for Saimdang: Light’s Diary started even before it aired. This was Lee Young-ae’s first television drama in 13 years (since Jewel in the Palace) and that it wasn’t a run-of-the-mill period drama, but a fusion drama—with time travel—fuelled the conversation further. In fact, the first episode was mainly set in Italy and present-day Seoul, with hardly any scenes in the Joseon dynasty. If you’d based your viewing decision on a poster of Lee neatly dressed in hanbok, you might have felt cheated and wondered, “How is this a period drama?”

Viewers have complained about the tired story, loose structure, weak justification, and absurd set-up. “Why didn’t they just make a regular period drama?” In response, the producers have been frantically re-editing the entire series. For some episodes, they’ve removed the modern scenes completely, packing in period scenes instead. Thanks to this, the falling ratings are now holding steady at around 10%. Nevertheless, the producers are in the awkward situation of knowing they can’t keep deleting modern scenes forever. 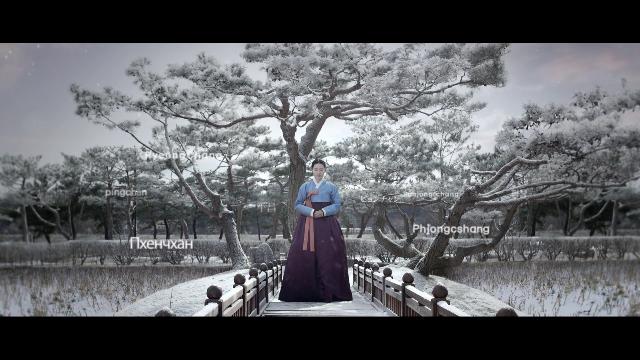 Lee Young-ae in a promotional video for the 2018 PyeongChang Winter Olympics. / Image captured from the video.

The image of “Lee Young-ae in hanbok” is overwhelmingly positive. Clad in the traditional clothing, Lee appeared in the promotional video for the 2018 PyeongChang Winter Olympic Games, turning PyeongChang into a beautiful city of the mysterious Orient. If they’d just made a period drama with Lee wearing hanbok, its viewing figures would have been higher than average. This prompts us to ask another, similar, question: So why did they start the drama series with modern-day scenes? The answer is “money”.

Korean dramas and product placement (PPL) are inseparable. Viewers want to buy the Burberry coat donned by Cheon Song-i (played by Jun Ji-hyun) in My Love from the Star. They want to know which brand and which color of lipstick she wears. They order and eat chimaek (chicken and maekju, meaning beer), which Cheon Song-i eats often in the drama. But It is not easy to sneak product placement into conventional period dramas. Have you ever heard of Koreans googling like crazy to find who sells the hanbok, wigs, or binyeo (ornamental hairpins) that the characters wear in historical dramas like Jang Hee-bin and Ladies of the Palace, or calling up Korean restaurants to get a taste of the featured royal food? 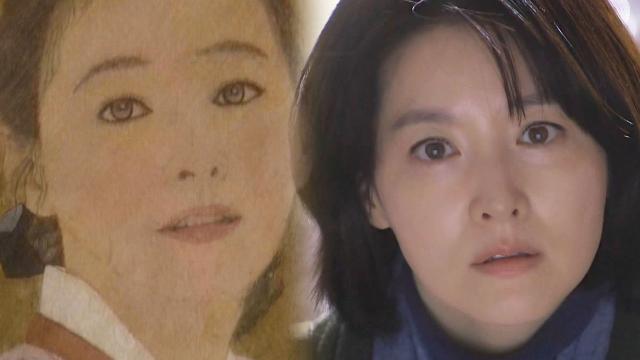 If Saimdang: Light’s Diary was a conventional period drama, would as much product placement have been possible? / Image: SBS

At the end of the day, Saimdang: Light’s Diary had to be a fusion period drama for the sake of product placement. This series even features products for the Korean cosmetics brand of the same name. Indeed, Lee Young-ae is the cover model for “Saimdang”. Had the series been a conventional period drama, it would have been impossible to include scenes where she applies nourishing cream or dabs foundation on her face. Saimdang: Light’s Diary was simply another drama in a series of Korean fusion period dramas, such as Rooftop Prince and Queen In-hyun’s Man, which recently benefited from product placement advertising.

Companies make painstaking efforts to advertise in dramas. A bag that fails to sell despite desperate marketing efforts sells out immediately when an actress carries it in a drama series. The cost of embedded marketing ranges from tens of million won to hundreds of million won on average, but it’s not an exaggeration when marketers say it is much more effective to feature a product in a drama series than to spend the same amount on other types of marketing.

Product placement has long been the way to meet the soaring production costs in Korea, and sometimes the tail ends up wagging the dog. If you watch Korean dramas, you’ve probably noticed some scenes that seem irrelevant to the plot. Like a scene where a family is having a conversation, and suddenly one of the characters pulls out a facial massager, and uses it while explaining its functions; or when a character suddenly takes out his phone and cleans it at the sink; or a scene where one character stops a lawyer going to a courthouse and applies lipstick, saying, “This [not putting on makeup] is why you always lose”. Excessive product placement affects the quality of dramas. 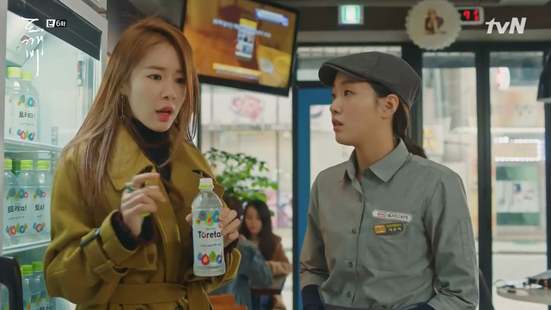 A fried chicken restaurant in tvN’s Goblin. The fridges are filled with the drinks of a show sponsor. / Image: tvN

According to Media Today, tvN’s Saturday and Sunday evening drama series Goblin: The Lonely and Great God featured 270 instances of product placement across its sixteen episodes. This means that the viewer was exposed to about 17 product placements per episode. The female lead Ji Eun-tak (played by Kim Go-eun) worked part time at BBQ, a fried chicken chain that paid for embedded marketing in the series, although there was no reason for her to get a part-time job in the story. And the beverage refrigerators in the restaurant were full of Coca Cola products, instead of other types of soda or beer. The candle that Ji Eun-tak used to call on the goblin was also product placement, by a brand that has now gone all out with a “Goblin Candle Package”. At this point, it’s probably not very difficult to deduce that the bag and perfume Kim Shin gave to Ji Eun-tak as graduation gifts were also product placements. Using the reputation of the screenwriter and the draw of the actors, the series attracted product placement deals from the early stages of production, and earned over 7 billion won in profit.

That said, are conventional period dramas free from the traps of product placement? Not necessarily. There are fewer opportunities for product placement but, as the saying goes, “Where there’s money, there’s a way”. Historical dramas are often funded by the local governments of regions where the featured cultural heritage sites are located. Taglines like “Filming location of XYZ drama” are great ways of promoting a region. Successful examples include Queen Seondeok, filmed in Gyeongju, and God of War, filmed in Hapcheon. Local specialties are featured and promoted in the drama as well. Characters in The Duo verbally promoted Korean raspberries (bokbunja) from Gochang and eels from Pungcheon in their dialogue, while Dong Yi  promoted five-flavor berries (omija) from Mungyeong. 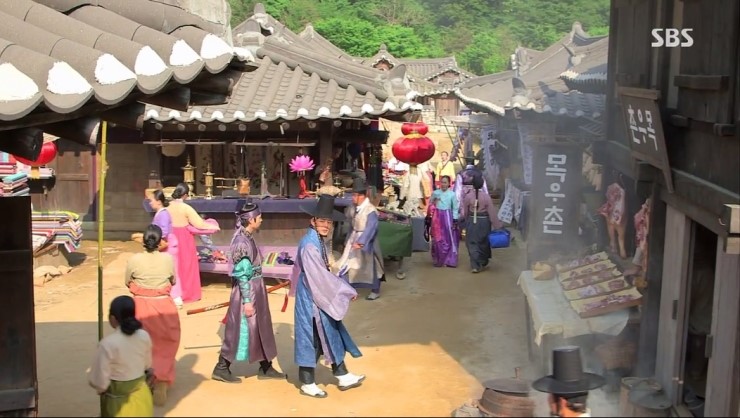 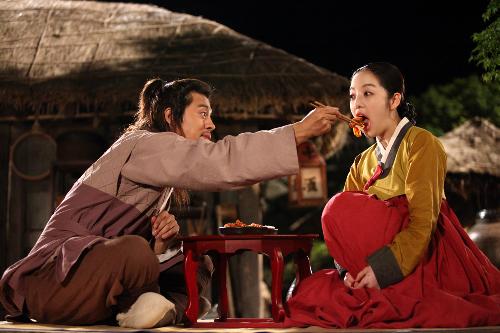 The bossam appearances in Arang and the Magistrate were also product placements. / Image: MBC

It’s simply amazing to watch how companies and producers work together to creatively insert promotional information into historical dramas, which don’t allow much room for product placement. There is a scene from SBS’s Jang Ok-jung, Living by Love, which is known as the legendary product placement scene in a period drama. In the streets of the Joseon dynasty, there was a huge signboard in Korean for a butcher’s shop: Moguchon, Nong Hyup’s processed meat brand. The producers confirmed that it was a product placement and that they had decided to write it in hangul instead of Chinese characters given that the drama was set in the time of King Sukjong. In MBC’s drama series Arang and the Magistrate, a number of scenes feature shaman Bang-wool (played by Hwang Bo-ra) eating bossam (boiled pork lettuce wraps), thanks to a product placement deal with Nolboo Bossam, a bossam restaurant chain. Nolboo Bossam offered the “Arang and the Magistrate set menu” in their restaurants.

Yet, product placement in historical dramas is avoided on the whole as products and brands can’t be featured directly and therefore don’t lead to immediate increases in sales. SBS’s Deep Rooted Tree was unable to sign product placement deals because direct exposure was impossible. According to Dispatch, the producers of the series wanted product placement for Korean beef (han-u), since the character King Sejong (played by Han Suk-kyu) loved beef and Garion (Yoon Je-moon) was a butcher. But Korean beef farmers said it would be difficult for them to sponsor the series if they couldn’t use the word “han-u” and the deal fell through in the end. 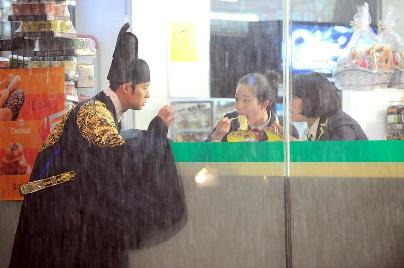 As a result, the only way for conventional period dramas to cover production costs is through exports. This is the reason fusion period dramas emerged as the means of saving all period dramas. Aired in 2012, SBS’s Rooftop Prince was a comedic drama about a crown prince and his three retainers from the Joseon dynasty, who have time traveled to present-day Seoul. When crown prince Lee Gak (played by Park Yoochun) sees two high school students eating cup noodles at a convenience store, his hunger gets the better of him, and he runs into the store and yells at the cashier to bring him those noodles. The cup noodles featured were Ottogi’s Giseumyeon, and Park Yoochun was the spokesmodel for Ottogi at the time. The t-shirts donned by the characters in the series were products of the clothing brand NII, which had employed JYJ (a boy band Park Yoochun was a member of) as its spokesmodels. 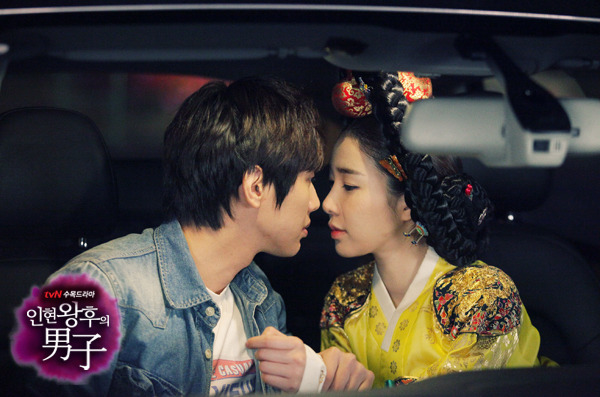 tvN’s Queen In-hyun’s Man, which aired in the same year, was a story about Kim Bung-do (played by Ji Hyun-woo), a seonbi from the Joseon dynasty, who was traveling through time to reinstate Queen In-hyun to her throne. Kim travels 300 years into the future and meets Choi Hee-jin (played by Yoo In-na), an unknown actress who claims to be Queen In-hyun. Thanks to the magical talisman, he travels between the Joseon dynasty and modern times to solve cases and falls in love. If Kim Bung-do didn’t travel time to the present era, it would have been impossible for Audi to promote its car. (For your reference, Rooftop Prince featured product placements from Ford for their Explorer, Focus and Mustang.)

Unless significant improvements are made in the drama production industry, fusion period dramas like Saimdang: Light’s Diary will continue to see the light of day. It will become difficult to see conventional period dramas on TV.  Money rules the world. In the current day and age, with skyrocketing salaries for screenwriters and actors, the drama industry cannot escape the arithmetic. In the end, it’s the viewers who have to deal with the damage.

More on the dissolve