If you’re looking to pick a fight with someone in a Korean online community, here’s an easy way: criticize Samsung smartphones. Compare them with Apple’s iPhones. And give your piece a title like “Samsung vs. Apple”. That ought to be enough fuel for a fire.

Samsung is well known worldwide and without equal in South Korea. Indeed, the Korean economy’s heavy reliance on the conglomerate have brought the nation some ridicule, with some calling Korea the “Republic of Samsung”. And Samsung has recently faced a series of problems, from permanently discontinuing the Galaxy Note 7 last year for bursting into flames to the arrest of Jay Y. Lee, the company’s vice president. On April 27, 2017, Samsung Electronics announced that it would not adopt a holding company structure. The foreign media including The Wall Street Journal and the Financial Times interpreted the decision as a result of the political chaos  spurred by the arrest of Jay Lee and other domestic trouble. 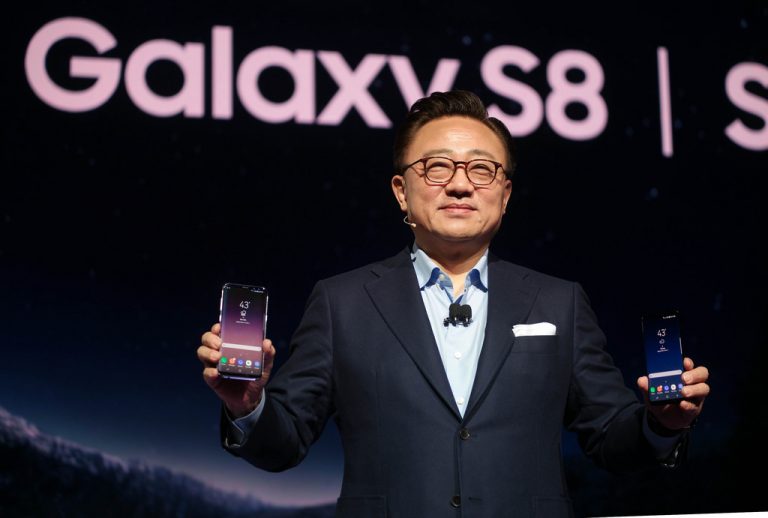 Yet Samsung is still Samsung. It’s still doing well. Samsung Electronics this year posted record-breaking first quarter earnings and its second highest earnings ever for a quarter: 50.55 trillion won in consolidated revenue and 9.9 trillion in operating profits.[1] Semiconductors were the main earner, and the company expects to post even higher earnings later this year given the launches of the Galaxy S8 and S8 Plus.

Unveiled after the embarrassing withdrawal of the Galaxy Note 7, the Galaxy S8 and S8 Plus became available for preorder on April 7. Domestic preorders of both reached a total of 1,004,000 between April 7 and 17, meaning domestic pre-sales surpassed one million units. This figure is five times larger than the preorders for the Galaxy S7 (200,000 units) and 2.5 times larger than for the Galaxy Note 7 (400,000 units). Global sales of the S8 series have also been quicker than for any previous Galaxy series, with the five million unit benchmark reached in record time. Yuanta Securities recently forecast the annual sales of the series at around 50.41 million units. Expectations around the upcoming Galaxy Note 8 are also high.

Yet as the mocking “Republic of Samsung” nickname suggests, the company’s image in Korea isn’t entirely positive. The no union policy; the issue of compensation for workers at a Samsung Semiconductor factory who died from leukemia; the allegations of large payments to Chung Yoo-ra and her mother, Choi Sun-sil, who manipulated government affairs in the shadows through former president Park Geun-hye and; and (if that wasn’t enough) the current lawsuit filed by consumers who Samsung allegedly blacklisted for first raising the issue of the Galaxy Note 7.[2] 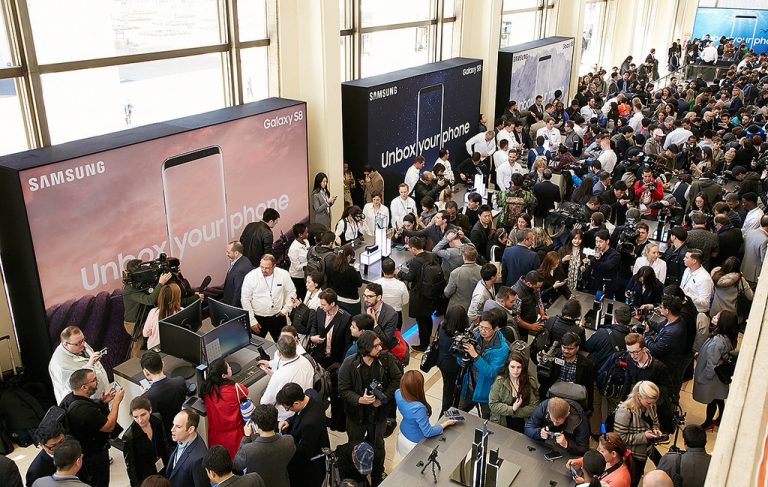 Despite all of this, Samsung is still standing strong. If an article criticizes Samsung, netizens rush to Samsung’s defense in the comments section, as if honorary employees. And they can get derisive: “You can swear all you want, but you know you’d run right to Samsung if they offered you a job.” Have all these people been hired by Samsung to post supportive comments? Some of them, perhaps. But not all. Then why do they defend Samsung?[3]

First, there is the nearly religious trust in the Samsung brand. (A similar sentiment can be found among some Apple fanboys. Other brands rarely have such loyal consumers.) There are a massive number of Android users and a widespread belief that all Android phones are Samsung phones. Samsung is also seen to have the friendliest after-sales service. There is a sad reason for this. According to CBS No Cut News, Samsung Electronics Service outsources its customer service operation to over 160 businesses across the country. For six months from the day the provided service is completed, Samsung’s own call center contacts the customers to ask their level of satisfaction for the provided service. Samsung also collects customer complaints made through other channels. These results are quantified into the “rate of customer complaints” and the “VOC (voice of customer) occurrence rate”, which are in turn used to evaluate the work of Samsung’s subcontractors. Customer service technicians suffer inhuman humiliation in order to meet the customer satisfaction evaluation standards. One such technician committed suicide in October 2014.[4]

Another reason is familiarity. Samsung flooded the market early on with its products and discount events, and once you have a Samsung phone there’s no particular reason for you to change it. Middle-aged people refer to all Android smartphones as “that Galaxy stuff”. Even when LG smartphones are great, people who are used to Samsung products simply purchase more “Galaxy stuff”. The lack of an Apple Store in South Korea is another reason to choose Android phones (particularly Samsung phones) over iPhones. And for many Samsung users, having to learn how to use iTunes in order to buy an iPhone is a step too far.

There seem to be a lot of people who use Android phones for reasons related to their work. Among the journalists I know, many said that they “really” wanted to use iPhones but were using Android phones because they have to record phone conversations. People in sales probably use Android for the same reason. You probably ask, “Why don’t they just jailbreak their iPhones?” But to people who find it difficult to use iTunes, jailbreaking is rocket science. 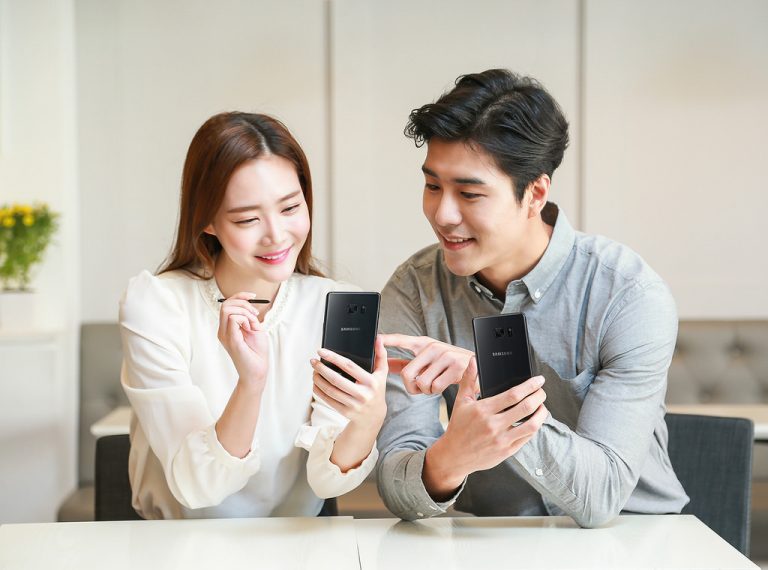 Samsung released the ambitious Galaxy Note 7, but the model was discontinued due to safety issues. / Samsung Electronics

People in the industry all agree that “Companies in other countries that value business ethics wouldn’t be standing strong like Samsung if their products exploded or if their owners were arrested.” However, considering that businesses such as Starbucks, Nike and L’Oreal are still doing well, it seems that customer awareness of ethical consumption hasn’t gotten all that far in other countries either.

In South Korea, consumers launched a nationwide boycott campaign against Namyang Dairy Products in 2013 during a scandal surrounding the company’s abuse of power. Namyang Dairy Products stocks plummeted day after day, and the company’s sales also fell behind those of Maeil Dairies, which had always been runner-up in the industry. Yet, when the prices of Namyang’s products were reduced in response to the boycott, some consumers began to purchase them again, spurring a debate among the consumers and the boycotters.

So why can people boycott Namyang but not Samsung? As one consumer put it: “Most Namyang products are expendables, so there were many alternatives. But Samsung’s products are mainly electronic appliances made for long-term use. So it’s difficult for a boycott campaign to catch on.” It’s similar to the case of Korean Air. Korean Air was criticized as the “nut airline” after its vice president Cho Hyun-ah was mired in a power abuse scandal, but it is difficult to boycott Korean Air since there are no “alternative airlines”.

For all these reasons, the Republic of Samsung isn’t going anywhere anytime soon. The company would probably survive the collapse of South Korea itself. And we now have to wait and see if this post also becomes a battlefield.