An accurate analysis of the present circumstances is necessary for transformation. Therefore the question “What kind of society is South Korea?” is not mere curiosity but a step in the process of transforming South Korea into a different kind of society. Naturally, the next step is answering this question. On September 14, one answer was proposed at an academic seminar held in celebration of the 50th anniversary of the founding of the Korea Institute of Behavioral Science (Director Lee Jong-seung) at InterContinental Seoul COEX. The theme of the seminar was “The Changes in Korean Society and Behavioral Science”.

At the seminar, Yoon Pyung Joong, professor of political philosophy at Hanshin University defined Korean society as a “society of ressentiment” in his presentation titled “The Korean civic consciousness and the people of the republic”. Jealousy of the strong and resentment against the winners, Yoon remarked, were emotions that most Korean people feel in Korean society. He speculated that these emotions stemmed from sadness and anger against social inequality and injustice. He said that ressentiment was a sociocultural disease that has spread beyond individuals.

Yet, his current diagnosis of Korean society also implies a direction for change. We can look critically at the present because we have ideal standards. Then what does Yoon think that our society should change to become? And how can the current “society of ressentiment” change into the society Yoon believes Korean can be? This is an excerpt from his presentation. — Yang Doung 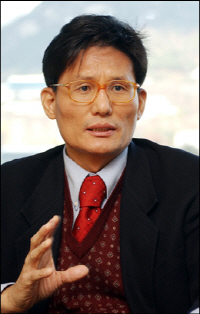 Korean society can be defined as a ‘society of ressentiment’. Ressentiment is a word used by philosopher Nietzsche, and it refers to the socially weak’s jealousy of the strong, and the losers’ resentment against the winners. Hwabyeong, a Korean term for an emotional disorder resulting from repressed anger, is an example that dramatically proves the interaction between Koreans and Korean society and culture is based on ressentiment. This hwabyeong, resentment that was easily imaginable at the individual level, spread and expanded to the societal level, and as a result most Koreans living in Korea are in a state of perpetual dissatisfaction. At some point, Korean society became a society of ressentiment—or an angry society, a society congested with blood.

Why did our society become a society of ressentiment? When we think about the root of the problem, we can speculate that it stems from both the resentment of not being recognized for our work and from anger over injustice. Overcoming this requires not only an individual effort to break free from injustice but also social efforts to foster civic consciousness based on ethics, trust, and fairness, and achieve mature constitutionalism. Only when Korean society becomes a mature democratic republic can we begin to treat the fundamental problems in our society and eventually overcome ressentiment. Ressentiment not only threatens an individual’s health but also destroys healthy civic consciousness and hinders the formation of a mature societal identity.

Many people will agree that Korea was a Confucian country with a class system until recently, and therefore lacked civic consciousness and civic ethics and was rife with discrimination and injustice. And they will also believe that contemporary Korean society is different from the Joseon dynasty, when rulers were above the law. But the truth is, it’s not. Even in 21st century Korea, the power of the state is overwhelmingly stronger than the power of the people. In Korean society, politics has sucked in other parts of society and human resources to the extent even now all roads in Korea lead to politics and the final destination of success is entering politics.

In contemporary Korean society, where working in commerce and industry is still considered inferior to ‘working with a pen’, it is difficult to create a collective mentality that is truly equal and pluralistic. Jobs with money, power, and reputation are virtually confined to politics and high ranking government positions in Korea, and this kind of situation leads to corruption among the authorities. When a small number of professionals hog social recognition and monopolize money, power, reputation, and other scarce resources, it is impossible for healthy and mature work ethics and civic consciousness to take root. The unfortunate Sewol ferry tragedy in 2014 made us aware of the distorted work ethics and the serious lack of civic consciousness in Korean society and gave us an opportunity to think about the true meaning and value of ‘success’.

For Korea to become a developed country both in name and reality, Korean society needs to become a “true republic where ordinary citizens feel pride in their political community”. Only when justice, equality, and fairness can be realized in their true sense, will ressentiment that hangs like a fog over our society gradually subside. The journey to a true republic is long and arduous. But if we want the Korean Peninsula to be a peaceful place where mature citizens lead free and prosperous lives, there is no other alternative than to embark on that journey. There is a surge of Korean citizens’ capacity for autonomy now. Mature civic consciousness is being born as a result of painstaking efforts for self-formation to overcome ressentiment and rage, and upon that foundation the people of a republic are emerging. Today Koreans are facing a crucial moment, standing at the beginning of their century-long journey to the third civic consciousness of republic revolution with the Korean industrial revolution and democratic revolution behind them.

Agree or disagree? Send us a mail or sign up for the newsletter.

YANG Doung  writes for Kyosu Sinmun, where he is in charge of academic and scientific coverage. Reach him at doh0328@kyosu.net.