As someone who handles civil complaints, I deal with a lot of people and can divide them into two groups: those who repay kindness with kindness, and those who treat me with more contempt the friendlier I get. Fortunately, there have been more of the former, but the latter type continues to trickle into my office, like the fine dust that plagues Korea every spring, eating away at my life. These people don’t seem to know that their rights are always respected, provided that they don’t infringe on those of others. Unsatisfied with the results of their complaints, they often vent at me—hurling insults, comparing my mother to man’s best friend, or expressing their ever so serious concerns over national affairs (“My taxes pay your salary!”) for over an hour.

But these kinds of obnoxious people are nothing compared to those who hang up the phone like a gentleman, because the best way to win an argument is no longer to shout louder. It’s instead to immediately call my supervisor to say, “There’s an idiot on your team who ain’t worth his salt.” Then they contact the audit office to report me for neglect of duty or they post their complaint on the government website, requesting that the people in charge be punished for violating their inalienable rights. In an age when all calls are recorded and work processes electronically documented, mistakes are actually pretty rare. Therefore most complaints are dismissed once it’s proven that the necessary procedures, regulations, and related laws have been followed. But that process takes time and a mental toll on the person who are accused of neglect of duty. He or she loses hours of the day, which have to be made up for through overtime without pay. 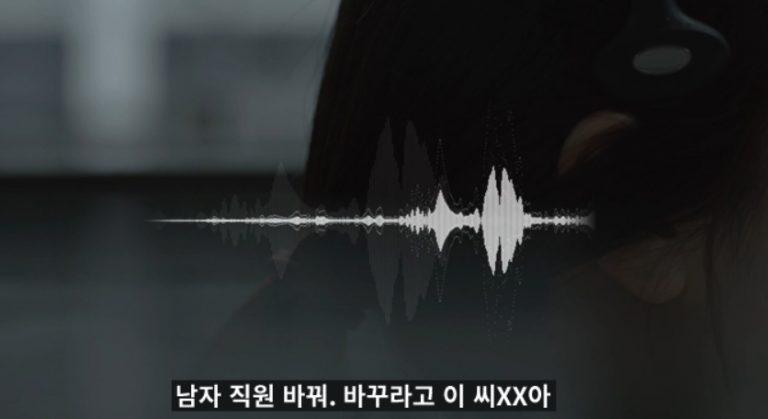 Complaints do not simply wear people down physically and mentally. They are also reflected in personnel evaluations. People in charge of human resources who have experience in customer service understand that complaints are sometimes filed for no good reason. But if your boss is someone who puts customer complaints before employees’ livelihoods, like Cho Yang-ho, CEO of Korean Air—who ordered disciplinary action against a flight attendant when a passenger complained that s/he had ordered curry for an in-flight meal but only received the ricethe future does not bode well for employees.

Although Korean Air is an extreme example, most companies are stingy about implementing measures to protect their employees. At best, they change the call waiting message to “The person you will talk to is also someone’s loved one” or include a provision in the customer service guidelines to allow employees to hang up on abusive callers after twice asking them, politely, to refrain from using profanities. I know quite a few government personnel at the lowest levels or public institution employees who experience more than insult and abuse. They receive death threats or are even subjected to physical assault from people who file complaints. Yet during this ice age of employment, few people have the guts to leave their stable jobs. The only thing they can do is to receive therapy or take antidepressants and “f***ing put up with it” until the day they are assigned to a different department.

The moment they get off work, people who work in the service industry, whether in public institutions or private companies, have to try hard to forget about everything that happened at work. But since they are people and not goldfish, forgetting these strangers who scream insults at their faces is not easy. Harassed by the memories of venomous voices even on weekends, emotional laborers end up with hair loss, gastrointestinal disorders, and insomnia as lifelong companions. The only way to free themselves from this yoke of emotional labor is to get used to feeling shame and humiliation and to ultimately become inanimate rocks, numb and insensitive to not only their own pain but also that of others.

To survive in the civil complaint department, the hunting ground for sociopaths, I choose boxing. When I hit a punching bag nonstop for a while, I reach a point where I feel like I might die. Right at that moment, I lie spread on the floor and desperately gulp air into my lungs, and the hate that enshrouded me all day begins to fade. Sometimes, I recall the voice of an old lady who couldn’t hang up the phone because she couldn’t stopthanking me, or the face of an elderly gentleman who handed me a bottle of energy drink, telling me that he had thought of me and decided to stop by to say hello. (I usually give back the energy drink and get them a cup of coffee.) There are people who find it natural to spit out hurtful words at others but there are at least as many who don’t. It’s just that it is difficult to notice them through the wounds.

On the way home from work, the subway doors open and someone rams into my shoulder in their rush for a seat. Looking over at them, I think to myself, “I guess for some people violence is just a way of getting to sit down for a few minutes. And if I don’t want to die before my time from repressed anger, I’d best just work out my shoulders some more so I can stand my ground against these rude people.”

Gorani  is a ‘young columnist’ at Nongaek.com. He majored in sociology and currently works for a public institution where he promotes citizen rights. You can reach him at 88three@gmail.com.